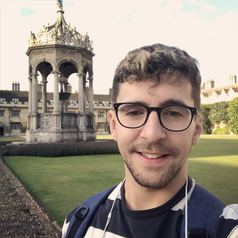 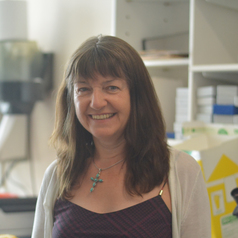 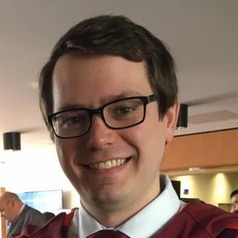 Although depression and anxiety affect millions of people worldwide, there’s still much we don’t know about them. In fact, we still don’t fully understand which brain regions are involved in depression and anxiety, and how they differ between people with varying symptoms. Understanding how or why these differences occur is fundamental to developing better treatments.

So far, we know that part of the brain’s frontal lobe, the prefrontal cortex, often shows activity changes in people with depression and anxiety. Parts involved in cognition and regulating emotions are underactive, whereas other parts involved in emotion generation and internal bodily functions are over-active.

One key region shown to be over-active in people with depression and anxiety is the subgenual anterior cingulate cortex (sgACC), thought to be involved in emotional responses. However, neuroimaging studies only show correlation and don’t tell us that the over-activity causes any of the symptoms. But our new research has found over-activating the sgACC induces symptoms of depression and anxiety, highlighting causality.

For our study, we used marmosets (a type of primate) because their brain closely resembles a human’s brain. We found over-activity in this region causes several key features of mood and anxiety disorders, particularly how reactive they are to threat. Their reaction to threat is important, as patients with depression and anxiety tend to perceive and react to situations more negatively.

To over-activate sgACC, we implanted tiny hollow tubes – called cannulae – into the marmosets’ brains. We then infused small amounts of a drug into sgACC to increase excitability without damaging or disrupting function in other brain regions. We also implanted a small wireless device into an artery to measure blood pressure and heart rate.

Without over-activation, marmosets gradually regulated their threat response within minutes when hearing the tone without the snake. But after over-activating sgACC, marmosets exhibited fearful behaviour and higher blood pressure for much longer. They also remained anxious around other types of threat (in the form of an unfamiliar human). This reaction showed they could no longer dampen down their threat responses. Being unable to regulate emotions is also seen in many patients with anxiety and depression.

These findings build on our earlier work that showed over-activity of sgACC reduces anticipation and motivation for rewards, mirroring the anhedonia (inability to feel pleasure) seen in depression. This suggests sgACC over-activity can cause two of the core symptoms seen in depression – negative emotions (including anxiety) and lack of pleasure.

Another outstanding question is why people with depression also have increased risk of heart disease. While there’s undoubtedly lifestyle and socioeconomic factors linking heart disease and depression, we wanted to test whether sgACC over-activity itself could disrupt cardiovascular function. We thought this region might be important because it’s connected to the brainstem, which regulates our heart rate and blood pressure.

We found that sgACC over-activity not only exaggerated marmosets’ blood pressure response to threat, it also increased heart rate and reduce heart rate variability even at rest. Heart rate variability is an important measure of how rapidly the heart can adapt to changes in the environment, especially cues which predict reward or punishment.

These changes mirror some of the cardiac dysfunction seen in depression and anxiety. The elevated heart rate and reduced heart rate variability suggests that over-activity in sgACC promotes the body’s “fight-or-flight” response, which – if lasting over long periods of time – puts the heart under extra strain and might explain the increased incidence of heart disease.

We also used brain imaging to investigate the other regions affected by sgACC over-activity in threatening situations. We saw increased activity in two key parts of the brain’s stress network, the amygdala and hypothalamus. By contrast, reduced activity was seen in parts of the lateral prefrontal cortex, which regulates emotional responses and is underactive in depression. These changes were very different to those seen following over-activation during a rewarding situation.

Knowing these differences may be key to us understanding which treatments will be most effective depending on the symptoms exhibited by a patient. This then led us to investigate why some people respond to antidepressants while others don’t. The most common type of antidepressants are selective serotonin re-uptake inhibitors (SSRIs). But up to one-third of people who take antidepressants are treatment resistant – meaning they don’t respond to them. New treatments are urgently needed for these people.

Ketamine has shown some promise in successfully treating people with treatment resistant depression – and acts within hours to relieve symptoms. Previously, we had shown ketamine effectively treated anhedonia after sgACC had been over-activated.

But in our recent study, we found that ketamine could not improve the elevated anxiety-like responses the marmosets displayed towards the unfamiliar human. This shows us different depression and anxiety symptoms react differently to different types of antidepressants or treatments. On one hand, anhedonia was reversed by ketamine, while anxiety was not.

But over-activation of sgACC is likely to be just one underlying cause of depression and anxiety. Others may have altered activity in different regions of the prefrontal cortex, which are also linked to anxiety. There’s still a long way to go before we have identified the different causes of depression and anxiety and which treatments can improve them. But our research shows that for some, targeting sgACC over-activity may be key in treating their symptoms.