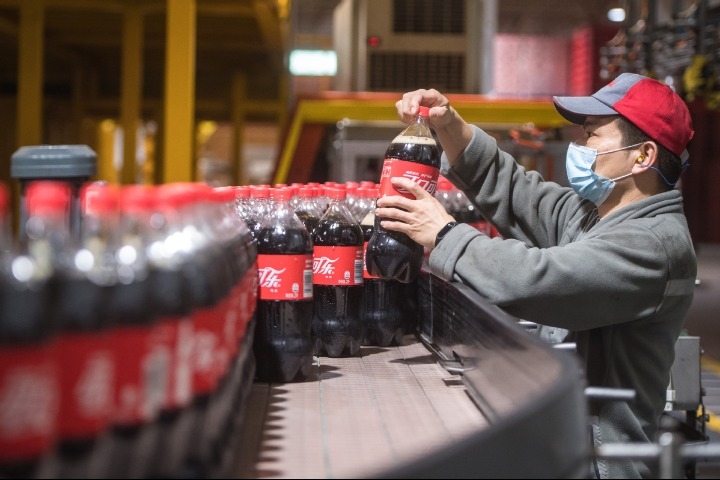 Coca-Cola introduced introduced over ten new products throughout the first half.

The Coca-Cola Company's business in China market improved in June as it focused on core branded products and reallocated resources to digital engagements with consumers switching to at-home consumption.

The company's second-quarter 2022 fiscal results show its global revenue went up 12 percent on year to $11.33 billion, exceeding market expectations. Its operating income reached $2.34 billion while its net income was $1.90 billion.

James Quincey, chairman, and CEO of the Coca-Cola Company revealed that their volume was down for all months in the quarter, but recovery began in June as most COVID-19 prevention restrictions started to lift.

Quincey noted that they focused on the core, prioritized top stock keeping units, and reallocated resources to digital engagement, e-commerce, and O2O, as consumer demand shifted to at-home consumption.

The company introduced over ten new products throughout the first half.

The Coca-Cola self-operated flagship store saw year-over-year sales growth of 18 percent at this year's e-commerce festival on the JD platform, placing it at the top of the non-alcoholic ready-to-drink category.

In the quarter, Coca-Cola's unit case volume increased globally by 8 percent on year, with sparkling soft drinks expanding by 8 percent, the brand-name Coca-Cola growing by 7 percent, and Coca-Cola Zero Sugar growing by 12 percent.