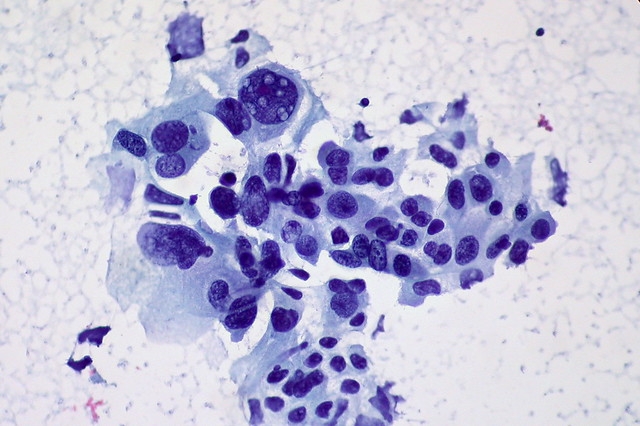 Non-small lung cancer | Photo by Ed Uthman (licensed under CC BY 2.0) via Flickr.com

Finding the complete cure for cancer remains a Herculean task for many researchers around the world. And while that has yet to be achieved, other groups of scientists are working on the next best thing — developing immunotherapy drugs to increase the survivability rate among cancer patients.

In this area, researchers from the Yale Cancer Center and Smilow Cancer Hospital reported a major development in the drug they are working on — Keytruda, generic name Pembrolizumab — specifically for patients with an advanced stage of non-small cell lung cancer. The researchers reported their findings at the annual American Society of Clinical Oncology meeting earlier this month. The study was conducted with 550 patients, a combination of treatment-naive subjects and those who have received treatments before joining the trials.

Overall, Keytruda reportedly led to five years of survival rate on 23.2 percent of treatment-naive subjects and 15.5 percent on those who have been under other treatments before. UCLA Jonsson Comprehensive Cancer Center’s associate professor of medicine Dr. Edward B. Garon hailed the results noting that lung cancer remains one of the most deadly types of cancer. He added that the five-year survival rate observed in the research were only previously possible to 5 percent of lung cancer patients in the United States.

In 2018, the World Health Organization reported that lung and breast cancer remains the top fatal types of cancer, each accounting for over 2 million deaths worldwide. Meanwhile, the non-small cell lung cancer treated by the said immunotherapy drug makes up 80-85 percent of all lung cancer cases, according to the American Cancer Society.

These data alone makes the research even more significant. Yale Cancer Center’s Dr. Joseph Paul Eder and research co-author also emphasized the importance of their findings referring to it as “a tectonic shift” in the field of lung cancer treatment.