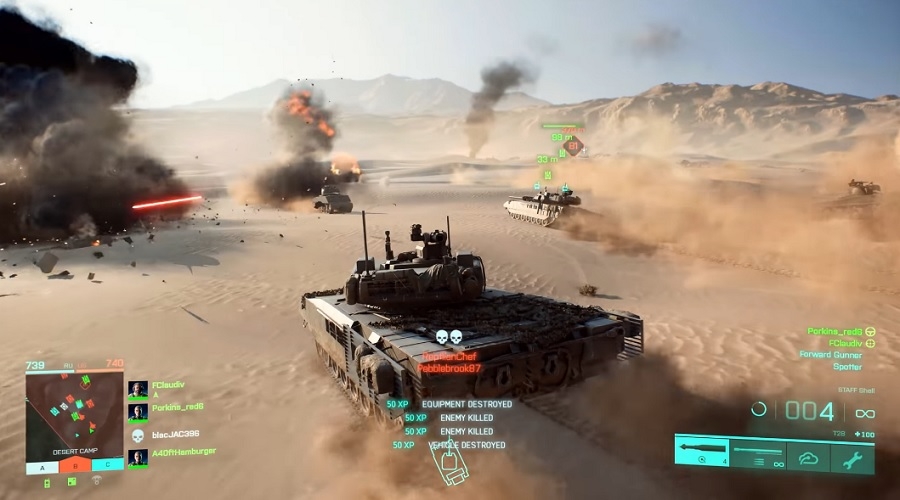 “Battlefield 2042” players may have to wait for a few more months to see DICE release the slew of content for the game’s official first season. A datamine recently uncovered pieces of evidence pointing at a new map launching in Season 1 as well.

It appears that one of the main features of “Battlefield 2042” Season 1 would be a new map, well-known dataminer temporyal reports. The map reportedly has a working title Ridge, but it is expected to be named Exposure once it goes live.

In the same tweet, temporyal noted that DICE plans to have 12 preseason weeks for “Battlefield 2042,” suggesting that the first season could begin sometime in March 2022. However, the reported schedule could still change, especially if the developer “added a few weeks as ‘backup.’” But the signs found in the datamine hint there are still several months left before the first season of content arrives.

Other updates that would go live in “Battlefield 2042” are still under wraps. But the datamine report also contained some context on the in-game events that would serve as the premise for the release of the new map and other updates. They appear to primarily affect players who have sided with the United States and Russian factions.

For “Battlefield 2042” players on the U.S. side, the leak hints at a “seismic activity” happening in British Columbia that would damage a Canadian-US research facility. Said activity is identified as a massive landslide damaging the inside of the base as well as its surrounding area. The destruction of the research facility would lead the Russian side to “wrongly allege” that the catastrophic landslide reveals a military weapon, leading them to deploy forces to seize it.

The same “Battlefield 2042” datamine also reveals what the seismic event would mean from the perspective of the Russian forces. The text suggests they would see the revelation of such a military weapon as a “direct threat,” and that deploying forces is an act to stop it from being used. “Today’s mission is urgent,” the leaked text reads. “You will travel to the base along with our allies, then secure all sectors on-site.”