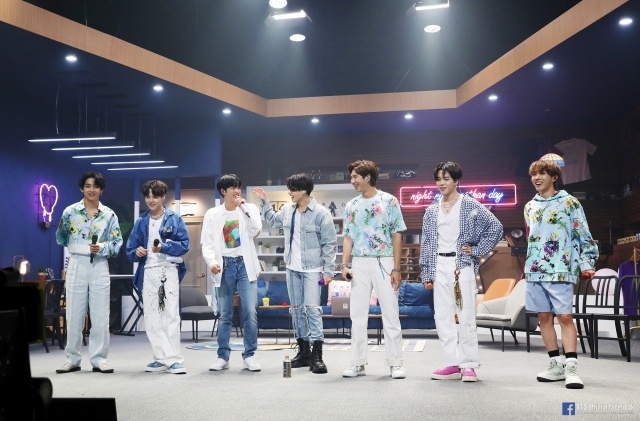 BTS will make international fans happy once again as they will be gifting them with a new English song. This was already announced last week but more details are being revealed as its release draws closer.

In the boy band’s most recent V LIVE session, they shared that they are working on a single track and it will be special. This is because it will be in English that will allow their foreigner fans to enjoy a track that they could easily understand.

The news immediately trended online and BTS is happy to provide new details about their song since everyone is excited like themselves. Through their company, Big Hit Entertainment, the band consisting of seven members that include RM, Jungkook, V, Jimin, Jin, J-Hope and Suga, just unveiled the title of their digital single.

This will be available in South Korean and music streaming sites worldwide. In any case, on Aug. 2, Big Hit revealed the title of BTS English song via Twitter. Based on the poster, the idol group will release “Dynamite” and they are offering this to their fans around the world.

They previously shared that their goal for creating this English track is to cheer up everyone who has been struggling amid the coronavirus pandemic.

"We are preparing an album for the second half of this year but decided to first release a single because we wanted to reach our fans as soon as possible," Billboard quoted the members of BTS as saying during their live stream last week. "Due to COVID-19, people around the world have been going through tough times and we wanted to share some positive energy with our fans."

BTS also announced that they will deliver “Dynamite” to fans on Aug. 21. The members said that they are excited and can’t wait to share this English song piece that they can sing together. They also chose an upbeat melody since their aim is to cheer up the fans in this difficult time.

Meanwhile, BTS is also set to distribute their new album very soon. This will be a follow-up to their recently released “Map of the Soul: 7 -The Journey” which is their fourth Japanese record.