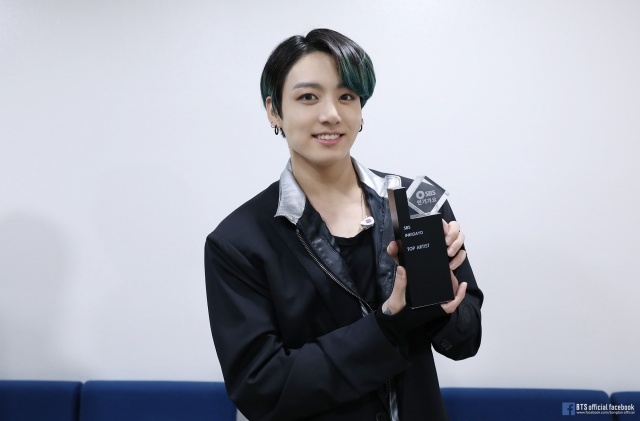 Jungkook is the youngest in the BTS boy band. In South Korea, the youngest members of Kpop groups are fondly called the “maknae” and this year; it was reported that the 22-year-old has been awarded as 2020’s “Best Maknae.”

The poll for the best maknae

The winner was chosen based on votes from fans around the world. The poll was organized by KingChoice, the biggest Kpop international voting site. The voting period runs for a month which was from July 1 to July 31.

The result of the poll was finalized and posted on KingChoice’s page and Jungkook won in the race. The BTS member garnered a total of 3,204,236 votes and the ARMYs are surely rejoicing thought this is just a minor event.

Jungkook was followed by ASTOR’s Sanha who managed to get 2,724,804 votes and besting Shinee’s Taemin who placed third with 796,278 votes. Maknae’s from YG’s idol groups made it to the top 5 with IKON’s Chanwoo ranking 4th place with 426, 731 votes and BlankPink’s Lisa placing fifth with 457, 338 votes.

Many foreign artists have expressed their desire to do a collaboration project with Jungkook and the other members of BTS. Fans also want this to happen and last year, BTS somehow made this happened when they appeared on stage with American musicians but the collaborations were mostly just for events like the Billboard Music Awards.

In the case of Jungkook, fans have been wanting him to work with Justin Bieber, Ariana Grande and more. Most recently, it was reported that Dan + Shay is ready to team up with Jungkook after they heard him do a cover of their “10,000 Hours” track.

The duo is made up of Dan Smyers and Shay Mooney who are Grammy awardees. The idea of their collaboration started when Jungkook posted his cover of the said song on BTS’ Twitter account and the duo commented on it.

As per the Inquirer, Dan + Shay saw Jungkook’s post and they wrote, “This sounds amazing, thank you so much for singing it!”

After that, a fan asked the American singers if they can team up with Jungkook and they responded with “We would love to.” With that answer, Dan + Shay has just been added to fans’ wishlist of collaborations with BTS’ Jungkook.