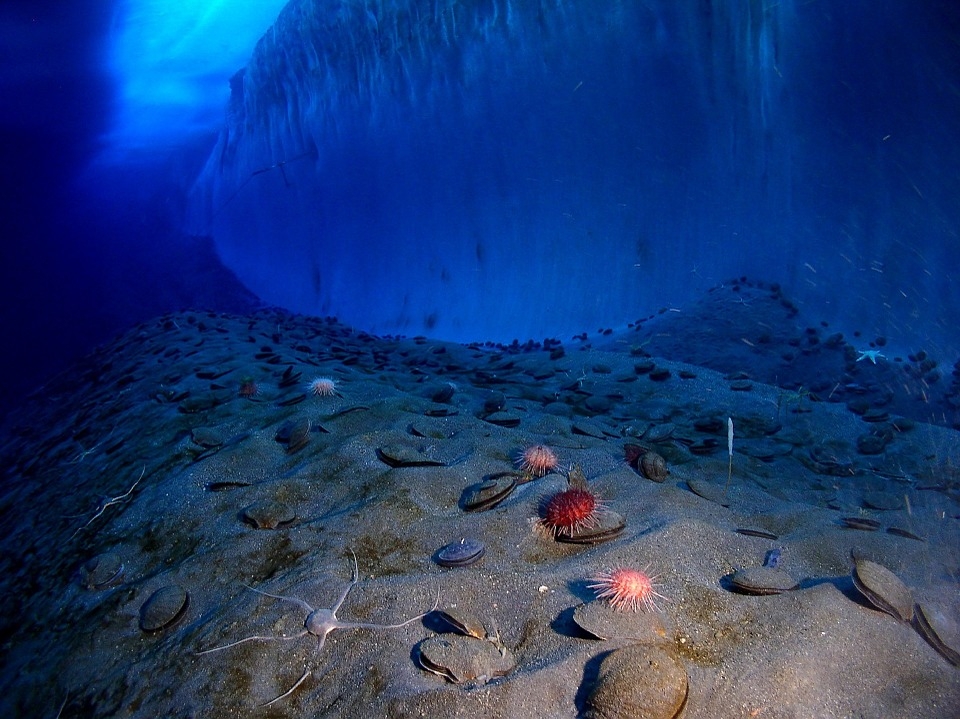 The discoveries in Antarctica continue as scientists try and explore what lies beneath all the ice. The researchers came across an unusual discovery hidden hundreds of meters under the ice in the midst of their probe.

Express reports that a group of researchers from Northern Illinois University probed into the Ross Ice Shelf, which is the largest floating ice sheet in the world. They drilled 740 meters into an area referred to as the Grounding Zone, and it was there when they saw a very diverse ecosystem hidden under the ice. Back in 2015, when they discovered the ecosystem, micropaleontologist Reed Scherer explained that the ecosystem they found was very “mobile” and that the bottom was always changing. “The things we saw are all very mobile organisms, things that swim, and some things that crawl,” said Scherer.

Scherer pointed out that the organisms are getting all the nutrition they need to survive. “Some of the little crustacean-like creatures called Arthropods that we saw swam quite quickly and were quite active.”

According to Scherer’s colleague Ross Powell, the ice core samples they collected while probing into the shelf would help them learn more about the Earth’s history. “What we have found is that these are very sensitive areas to the stability of how dynamic the ice is and how fast the ice may react to increases in melting, both from the ocean and the atmosphere.”

Due to the increasing temperatures brought on by climate change, the ice in Antarctica is also at risk of melting and contributing to the rising sea levels in the world. A report reveals that the polar regions of Antarctica and Greenland are melting six times faster compared to the 1990s. If this continues, then certain parts of the world may be in for annual flooding by the year 2100.

From 1992 to 2017, the ice sheets shed 6.4 trillion tons of mass and resulted in a rise of two centimeters in sea levels in the world. Experts predict that the increase in sea levels by the 22nd century would result in more destructive natural calamities like tropical cyclones.