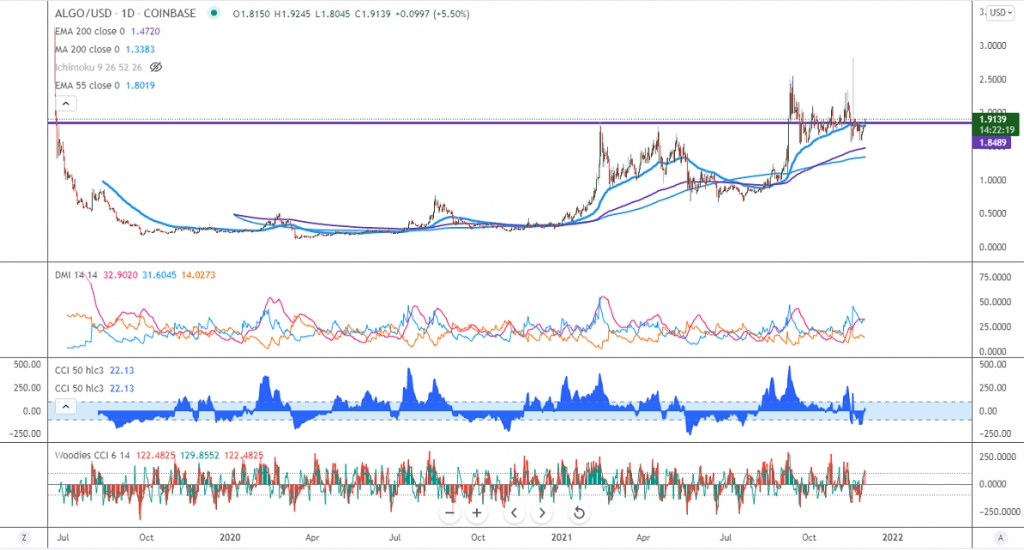 Algorand is a blockchain platform that enables frictionless finance. It is the world's first open, permissionless public blockchain that aims to create a borderless economy.  Founded by turning award-winning MIT professor Silvic Micalli in 2017.

Scalability:  Algorand uses the Pure Proof of- Stake (PPOS) consensus mechanism to improve the scalability of the blockchain. The choice of the new block is proportional to its stake (number of tokens) in the system. It uses a secret self-selection process via Verifiable Random Function to select 1000 ALGO tokens.  The VRF takes the Secret key, input X produces unique pseudorandom verifiable output. It helps to choose leaders to propose and committee members to vote on a block. The users are selected randomly and checked privately with their participation key and selection seed. The random way of assortment requires only minimal computation; validation of a new block that occurs within seconds. The Algorand transactions are finalized immediately with a low transaction cost of 0.001 Algo.

Decentralization: All users who possess Algos, and are online, are automatically eligible to participate in block consensus. It encourages more user participation, increases decentralization.

The selection of users to participate in the validation of the block is done secretly from the network without communicating with other users. The random selection of committee members makes the protocol extremely secure against adversary attacks. The user never remains the same and is re-selected for every block. These peculiarities make Algorand higher secured compared to another blockchain.

The foremost use of the Algorand is providing decentralized finance solutions fastest-growing sectors within the global ecosystem. The main aim is to cut out the middleman in financial applications like loans, Stable coins, and Decentralized exchange, etc.  The protocol upgraded version of Algorand has new features that are better than competitor Ethereum. The main features are Algorand smart contracts ASC1 that have been developed on Layer 1 without compromising scalability and security at low transition fees.

Algorand Standard Assets helps any asset to run on the Algorand blockchain. Using ASA we can able to access global, digital assets.

Atomic transfers are used to transfer multiple numbers of assets together with several parties in a secure way. An atomic transfer on Algorand is confirmed in less than 5 seconds,

The overall team is very strong with an impressive educational background most of the members are Ph.D. from MIT.  The founder Silvio Micali is a scientist at MIT Computer science and Artificial Intelligence laboratory. He is one of the co-inventors of zero-knowledge proofs.  The team consists of internationally recognized researchers mathematicians, cryptographers, and economists along with proven business leaders from global technology companies.

The ALGORAND foundation launched Algorand Virtual machine (AVM) to enhance smart contract capabilities. This virtual machine contains a stack engine that evaluates smart contracts and smart signatures against transactions they are called with. The up-gradation will unlock a more powerful system to create a decentralized app for DeFi and NFT. It also helps developers to write smart contracts in Python and Reach in a fast, scalable manner.

The foundation has announced the Viridis DeFi program worth $300 million funds to support DeFi innovation.