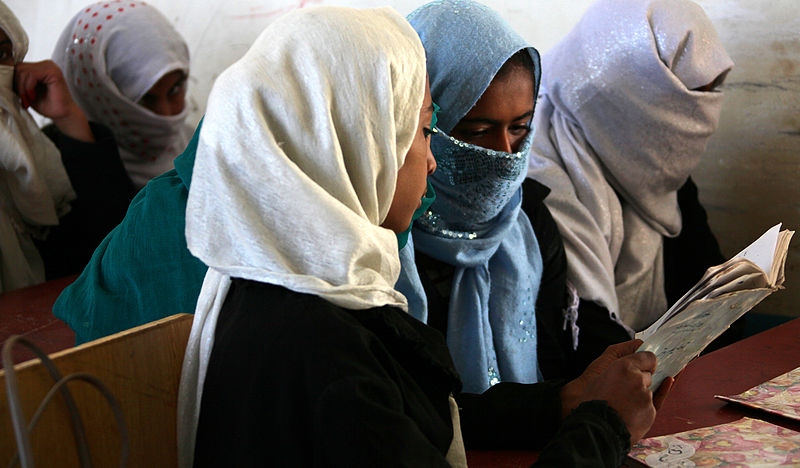 The leaders present in the United Nations General Assembly were urged to take action to protect girls' education and rights in Afghanistan amidst growing concerns over the Taliban's restrictive policies on women. This follows another appeal made to the insurgent group to reopen schools for girls in Afghanistan immediately.

Speaking at the UN General Assembly in New York this week, activist Somaya Faruqi urged world leaders in attendance to come together and demand the Taliban uphold the rights of Afghan women and girls. Aside from Faruqi, Nobel Peace Prize winner Malala Yousafzai also expressed frustration with world leaders over the lack of action.

"This week, you are all here to propose solutions to transform education to all, but you must not forget those who left behind, those who are not lucky enough to be at school at all," said Faruqi, who was among those who fled Afghanistan in August last year during the US withdrawal. "Show your solidarity with me and millions of Afghan girls."

"Most of you know what exactly needs to be done. You must not take small, stingy, and short-term pledges, but commit to uphold the right to complete education and close the funding gap once and for all," said Yousafzai, who urged the UN last year not to protect Afghan women's rights following the insurgent group's takeover of the country.

A year since taking over Afghanistan, the Taliban have enforced restrictive policies on women and girls. Such policies include women not being allowed to leave the house unaccompanied by a male relative and that women must cover their faces. The insurgent group has also closed down schools for girls, and thousands of women were laid off from the workforce.

Also Monday, the Taliban and the United States carried out a prisoner swap, exchanging a US Navy veteran for a key associate of the group.

The Taliban's acting foreign minister Amir Khan Muttaqi said US Navy veteran Mark Frerichs, who was kidnapped in 2020, was released in exchange for Bashir Noorzai, a member of the insurgent group and a druglord who claimed to have spent 17 years and six months in detention in the US.