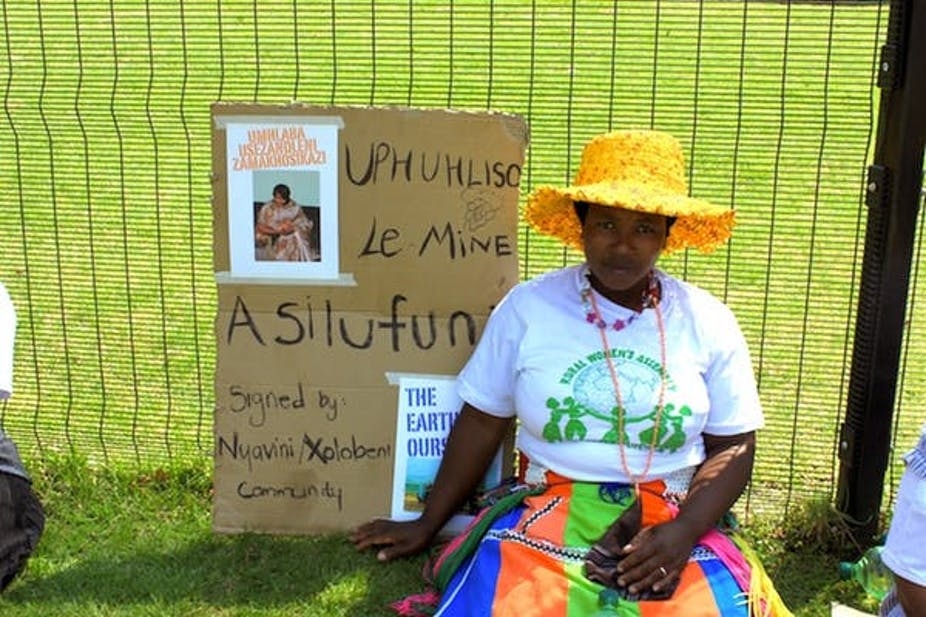 A Xolobeni villager protesting against mine development. Flickr/Patricia Alejandro 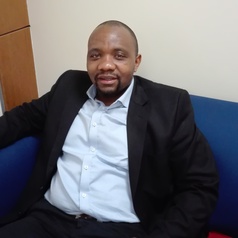 A South African High Court has passed an important judgment putting a stop to the pervasive practice by companies to mine ancestral lands in rural areas without the villagers’ consent.

The case was brought by the community of rural UMgungundlovu, a small cluster of villages that fall under the Amadiba traditional authority on the largely undeveloped coast of the Eastern Cape Province. The place is also known as Xolobeni.

The villagers have been resisting plans by the Australian mining company, Transworld Energy and Mineral Resources, to mine their land for titanium and other heavy minerals for at least a decade.

The government granted the firm’s holding company, Mineral Resources Commodities, a mining licence in 2008, with the support of the chief who ostensibly represented the villagers, much to their disgruntlement. The state later revoked the licence due to lack of consultation with the community. The conflict deteriorated into violence – including murder.

In this court battle, Xolobeni villagers fought not only to be consulted, as required by law, but – as the owners of the land – for the power to give consent to mining.

The court ruling is, therefore, a major victory for them. But subtle points remain to be worked out in a country that legally recognises tradition and customary law, on condition that these must ultimately conform with the values of the Constitution.

The court ruled that the Minister of Mineral Resources had no legal authority to grant a mining licence, unless the Minister and the Director General of Rural Development and Land Reform had implemented the provisions of an act that covers protection to informal land rights. A key provision on which the Xolobeni community based their demands is a section of the act that states:

… (No) person may be deprived of any informal right to land without his or her consent.

The court also confirmed that the UMgungundlovu community – and other customary rights holders – are entitled, not just to be consulted - under the Mineral Petroleum Resources Development Act - but to free, prior and informed consent before a mining right can be granted on their land. This is in line with international human rights law.

This is a significant victory for the people of Xolobeni and other rural communities who face dispossession of their ancestral land due to mining in South Africa.

But, for this court victory to translate into real power for rural communities, a few issues need to be made explicit. These include clarity about what is meant by “custom” and who has power over the different categories of rural land. There is also the need to appreciate the true meaning of land to rural African communities.

Some people may think that “customary communities” are homogeneous groups living in areas that were set aside for them under apartheid according to an ethnic identity. They may also think that these groups’ interests and views can be represented and protected by local chiefs.

The judgment, although groundbreaking in terms of enforcing the protection customary rights when it comes to land, makes it even more important to understand the nature and content of custom. 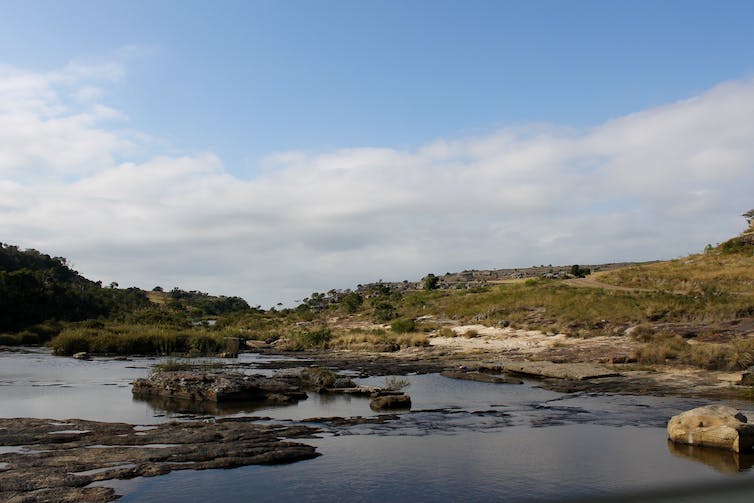 The content of precolonial African custom was reshaped and distorted by colonialism and apartheid in South Africa. The whole scale colonial process of “formalisation” of custom enhanced the power of colonial chiefs over land and people. According to Ugandan academic and author Mahmood Mamdani, the colonial version of custom

was not about guaranteeing rights, it was about enforcing custom. It was not about limiting the power of local chiefs and the colonial state, but about enabling it.

The Xolobeni judgment secures customary rights through the 1996 interim law protecting customary rights over land. But questions remain about which social units have the power to decide on which categories of rural land.

In practice, access to African property rights depend on membership to a particular group and the way society allocates power over property. If decisions on land are to be left to the domain of custom, it should be made clear by those who subscribe to local customary law:

Land carries multiple meanings among Africans. It’s, among other things; a home and a place to grow food. It is a space for cultural, political, social and spiritual fulfilment and dignity. It’s also a place for political belonging and identity, and property - that is owned and shared by members of families or other units.

There is a common misconception that customary land rights in Africa are always “communal”. This is not always the case. A large communal group may take decisions about land for livestock grazing and the use of natural resources such as herbs, trees and thatch grass. But, it is families and individuals who decide on land where homesteads, ploughing fields, and in some instances graves are located. African living custom does not allow any outside authority, even that of a local chief, to take away such land.

Xolobeni villagers fought for recognition as holders of legitimate property rights on land – not only as “community” members, but as families and individuals who have inalienable rights to certain categories of land and resources.