Where are Boris Johnson and Jeremy Corbyn visiting – and what do their travel plans tell us about the election? 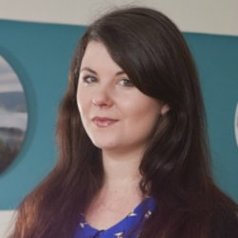 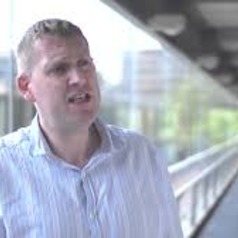 Road trips to drum up support are an essential part of any election and 2019 has, so far, been no exception. The closer we get to polling day, the campaign trail will be crossing the country at ever more frenetic speed. But what can we tell about each of the two largest party’s electoral ambitions from where the leaders are going?

In the first 12 days of the campaign, Johnson visited 18 constituencies. Besides his visit to the Tayto crisp factory in Tandragee, Northern Ireland and a visit to Broxtowe in Nottinghamshire, where the incumbent is the former Conservative Anna Soubry, his visits have been equally split between Conservative and Labour held seats. This is a fairly cautious strategy – the Conservative seats are largely safe (usually with the Liberal Democrats in second place), so he is able to conduct his visits in relatively friendly locations.

Apart from his visit to Stainforth, which is in the ultra-safe constituency held by former Labour leader Ed Miliband, the Labour seats Johnson is visiting are marginal. This hints at a wider expansionist strategy to come later in the campaign, concentrating on the type of seats Johnson needs to gain to enable him to hold a majority. This strategy is already beginning to emerge. The Conservative battle bus was launched in Middleton – exactly the type of traditional Labour area the Conservatives want to take. Winning such seats could deliver them a thumping majority.

Wherever he is going, what seems to be characterising Johnson’s campaign trail is a very heavily orchestrated and “themed visit” strategy. He isn’t delivering many speeches to local supporters – something that David Cameron did particularly frequently in 2010, for example.

Johnson’s visits are instead themed around key policy areas – hospitals, schools and businesses. This gives him the opportunity to be pictured interacting with members of the public, appearing approachable, but with limitations to the degree of interaction. In these scenarios, people can be carefully selected for encounters with Johnson. That is not to say that these visits run without incident; after all, it was only September when Johnson was heckled at Whipps Cross Hospital.

What is perhaps surprising, however, is that Johnson’s campaign trail reflects very much what Theresa May was doing in the 2017 campaign, despite Johnson’s very different persona and his repeatedly polling more favourably than May. His strategy indicates that his team have yet to learn the lesson of a key failure of May’s campaign – if you put the leader front and centre, you also need to allow access to them.

Corbyn has also been defending his own party’s territory in Crewe and Nantwich and Blackpool. These are both marginal seats, where the parties are in a close second place. There are only 48 votes in it in Crewe. No wonder Corbyn has already appeared there.

What is particularly unusual about Corbyn’s campaign so far is the amount of attention he has paid to Scotland. In 2010, for example, Gordon Brown only visited two Scottish seats towards the end of the campaign (visits to his own constituency of Kirkcaldy and Cowdenbeath do not count). Ed Miliband went to Scotland on three different occasions in 2015, visiting one constituency each time.

Corbyn visited Scotland three times in 2017, but only on one occasion visited more than one seat in a single trip. However, in this campaign he has already completed a two-day tour of eight different Scottish constituencies, speaking to supporters, canvassing and visiting the National Mining Museum. All bar one of these constituencies are held by the SNP and are mostly marginal.

This unusual concentration on Scotland so early in the campaign shows how much importance Labour is placing on retaining its seven Scottish MPs and trying to reclaim a whisper of the dominance the party once enjoyed. It would be surprising if this is the only time we see Corbyn in Scotland during this campaign.

Despite Wales being a key area for consolidating Labour support to prevent a Johnson majority, Corbyn hasn’t been as active here, which hints that Welsh Labour is taking control of its own campaign there.

Public, but not too public

There are already rumblings that both party leaders are rarely engaging with voters in a spontaneous way in this campaign. Meeting people as they go would be a good way of boosting their popularity but, of course, it also comes with risks. When the public have been granted access to leaders on their visits, it hasn’t gone smoothly.

Corbyn was heckled in Dunfermline, Scotland, and Johnson was confronted by angry locals in Yorkshire, who asked him why he had taken so long to travel to their flood-hit region, so it’s easy to see why they might avoid improvised events.

Of course, heckling in British elections is nothing new, but the appearance of it so early in the campaign seems symptomatic of wider public dissatisfaction with politicians.

There are still many more miles for the leaders to travel and the rate of constituency visits will crescendo in the final full week of the campaign, giving us a clear guide to the expectations of the parties on polling day. However, Johnson and Corbyn’s reliance on highly structured visits provides voters with little real access, which might have been used to understand the men who are proposing to lead their country.