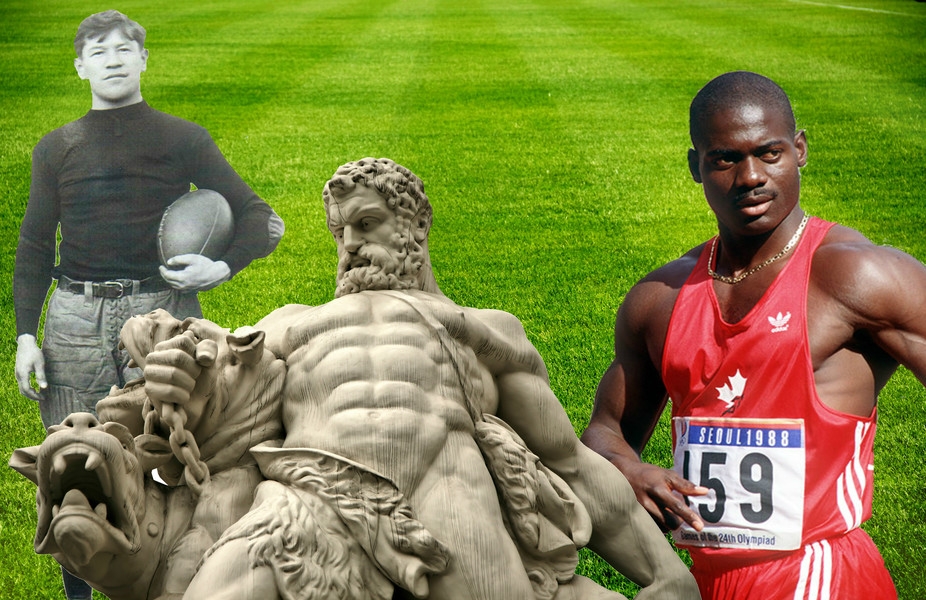 Jim Thorpe and Ben Johnson were both banned from the Olympics. But if each had played at different points in history, they would have been allowed to compete. Nick Lehr/The Conversation, CC BY-SA 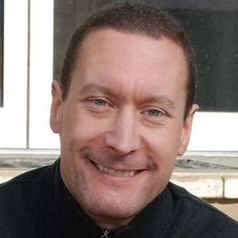 Trying to gain an advantage over your opponent is as old as sport itself. But what’s considered fair and unfair is often up for debate.

In cricket, there’s “sledging,” which is when fielders verbally abuse batsmen in order to break their concentration. Baseball pitchers will use any number of substances, from Vaseline to pine tar, to get a better a grip on the ball, while football coaches will attempt to decipher their opponents' calls on the opposing sidelines.

We tend to think of doping as the utmost assault on fair play. But sporting authorities of the past – who had no qualms about enforcing lifetime bans for other infractions – might have actually found our current angst over doping puzzling. At the same time, sports fans today would likely be confused by 19th-century efforts to exclude the poor from participating with the claim that it was the only way to ensure a level playing field.

It goes to show that as time passes, so do notions of what’s fair.

The ancient Olympics of Greece were staged in honor of the god Zeus. But despite the religious underpinnings, winning had little to do with modern ideas of fairness: Athletes could, within reason, attempt to win by any means necessary.

They were allowed to use technological aides, such as halteres (handheld weights that would enable long jumpers to achieve greater distances), and employ sometimes-deadly violence in the pankration, a mix of wrestling and boxing where anything went (save for eye-gouging).

Greek athletes were also allowed to consume a variety of performance enhancing drugs (PEDs). Like the Egyptians before them, the Greeks made the connection between testes and strength. Athletes consumed animal testicles and hearts, alongside other herbal potions and hallucinogens.

It was, therefore, only those who dishonored Zeus by bribing opponents to fix contests who were punished severely, with those caught having their crimes immortalized in stone plinths called Zanes at Olympia.

In the 18th century, playing by the rules and fair play were closely associated with gambling – the lens through which both the upper and lower classes watched, played and discussed sports.

Whether it was pedestrianism (an early form of long-distance walking), boxing, horse racing or cricket, aristocrats would wager huge sums on the outcome of what were termed “challenges.” Some of sport’s earliest rules were, therefore, designed to ensure fairness for those placing bets, rather than those competing.

Everything changed once the Industrial Revolution began blurring previously impenetrable class distinctions. While the middle class vastly expanded, many social climbers possessed little of the status security enjoyed by their aristocratic predecessors. Anxious about their place within the social (and sporting) hierarchy, they increasingly strove to avoid any contact with their social inferiors.

Essentially, they wanted to rid sport of the lower classes – and the traditional excesses of gambling and drinking – to make it the realm of the elites.

Their ability to do so relied heavily on a new sporting culture called amateurism, which reinvented Classical notions of sportsmanship in order to argue that playing sports for any reason other than for “love” was in some way immoral.

The hypocrisy of amateurism

At the same time, modern sporting leagues created opportunities for talented working-class athletes to supplement their incomes. Upper-class sportsmen didn’t need to make money from playing sports, so they utilized their financial advantage to further amateurism as a way to keep the working-class athlete in his place.

Fair play, in the modern sense that everyone competes on a level playing field, did not apply. And by the time a Frenchman named Pierre de Coubertin established the modern Olympics in 1896, the only “pure” athletes were gentlemen who relied on ability alone, played out of love and wouldn’t be tempted to cheat to make more money. Even training was deemed unprincipled by amateur sportsmen such as C.B. Fry.

Meanwhile, manual laborers were often excluded in the name of fairness because they were automatically at a physical advantage (and, after all, no gentleman derived his income from manual labor). As an 1849 article in the British newspaper The Era argued, it “cannot be supposed that a merchant’s clerk, for instance, is physically competent to contest with a machinist or carpenter.”

By today’s standards of fairness, it’s a logical leap. But the twisted rationale behind such rules was applied indiscriminately.

For example, an 1868 article from the Nottinghamshire Guardian described how an athlete called Peters was disqualified from an athletics race “open to all amateurs” simply because of the way he was dressed. Meanwhile, an 1871 article in The Standard reported that organizers of the Amateur Athletic Club’s Bicycle Championship reduced the field of competitors from 20 to three, as they were the only entrants judged to be “gentleman amateurs.” Even in the 1960s, cricket professionals were obliged to use separate changing rooms, which could lead to the farcical scene of an amateur captain changing alone, while his professional teammates changed elsewhere.

More serious consequences emerged in athletics where men who had done little more than accept money as teenagers when competing in other sports were ruthlessly banned for life. The most famous case relates to Jim Thorpe, who had his amateur status, Olympic gold medals and world records (pentathlon and decathlon) stripped away when it was revealed he had previously played two seasons of semi-professional baseball.

But the most tragic example may be that of John Tarrant, who became known as the “Ghost Runner.” Like Thorpe before him, Tarrant’s past mistake of accepting £17 (US$22) for a series of teenage boxing bouts in the 1940s denied him amateur status at just 20 years old. Effectively banned for life, Tarrant became infamous for gatecrashing races – entering without permission – and regularly outperforming internationally recognized runners.

Doping: more about sponsors than sports?

Distracted by social issues, amateur sporting bodies like the IOC have been slow to deal with the issue of doping. Although it was always frowned upon, it was usually considered a question of individual morality.

The drug-related death of cyclist Knud Enemark Jensen at the 1960 Rome Olympics didn’t change the IOC’s approach. Doping only became a serious issue after sprinter Ben Johnson tested positive for stanozolol at the Seoul Olympics in 1988. Ronald Reagan’s signing of the Anti-Drug Abuse Act that same year also proved decisive. Part of the wider “War on Drugs,” the issue of drugs in sport was no longer a moral question, but a legal one.

This significant change notwithstanding, the authorities – even when confronted with compelling evidence – appear unable to act. Like sprinter Marion Jones, who committed perjury, cyclist Lance Armstrong may face time in jail not because he doped but because he defrauded the sponsors.

It seems that, today, corporate sponsors are the gods that sports exist to please.

Given the righteous treatment of Greek match fixers and the ruthless treatment of working class athletes in the past, the inability of sporting authorities to ban for life those who knowingly dope, over long periods of time, seems inconsistent.

Sport appears to have lost its true meaning as an enjoyable end in itself. But in an era when sporting bodies and media networks rely upon stars like Armstrong for ratings and athletes are naturalized or selected on the basis of sponsorship rather than talent, should we really be surprised?

Duncan Stone does not work for, consult, own shares in or receive funding from any company or organization that would benefit from this article, and has disclosed no relevant affiliations beyond the academic appointment above.