Donald Trump at risk of forceful removal from White House, plans to stay in office until 100

Vladimir Putin Salary: Over 50 Percent Decline Seen in Russian President’s Pay From 2017 to 2018 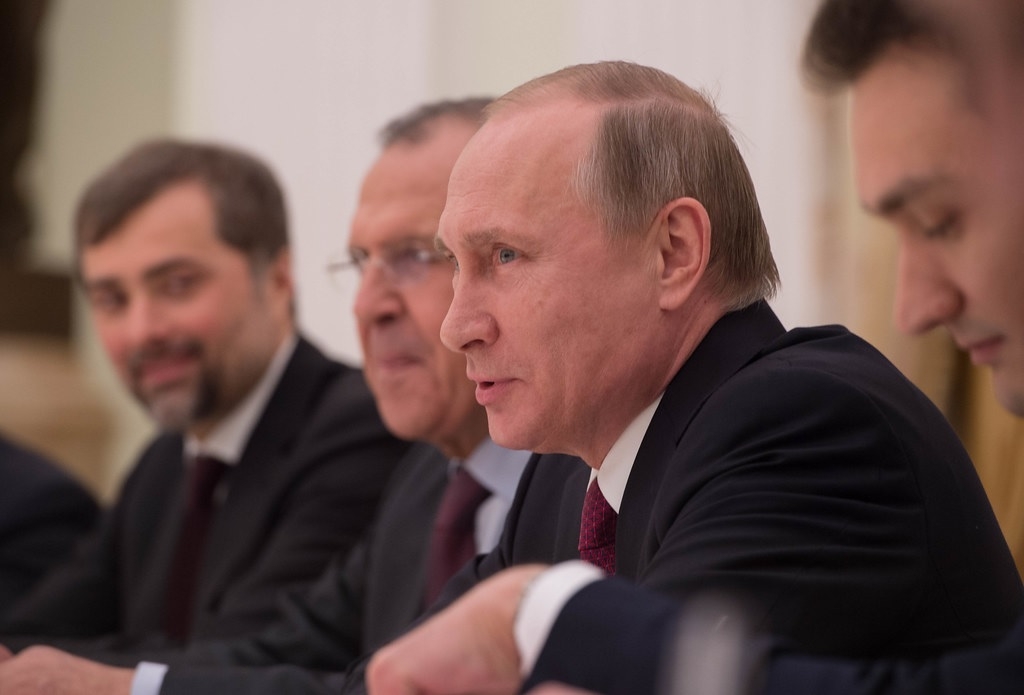 Russian President speaks at a meeting with U.S. Secretary of State John Kerry at the Kremlin in Moscow, Russia, on March 24, 2016. | Photo by U.S. State Department (Public Domain) via Flickr.com

Vladimir Putin, as the president of Russia, is regarded as one of the most influential leaders of the world. With that comes the scrutinizing of eyes of critics and his citizens on whatever money he has on the bank. And following his financial disclosure inclusive of his earnings in 2018, he reportedly acquired a much smaller amount of money than he did in 2017.

His ₽8.6 million earnings can be broken down into his official salary as the Russian president as well as from his military pension, savings interest, and investments. Putin’s camp reportedly (via Euro News) claimed that he only earned more than double of this amount in 2017 because he sold a land property.

Aside from his monetary earnings, Putin also reported having two properties. These include a private apartment measuring by up to 77 square meters with an 18 square meters of garage in Saint Petersburg. Meanwhile, he also keeps a much bigger property (153.7 square meters) in Moscow that he uses for official events. Other than these properties, Putin also declared owning three cars: two vintage Volga GAZ M21, a Lada Niva SUV, and a Skif trailer.

As mentioned, not everyone is impressed by Putin’s financial disclosure as critics cast doubt on the numbers he has been presenting over the years. Hermitage Capital Management founder and CEO William Browder testified before the Senate Judiciary Committee on FARA violations in 2017 and claimed that the Russian President bagged around $200 billion worth of “ill-gotten gains” for the past 17 years.”He keeps his money in the West and all of his money in the West is potentially exposed to asset freezes and confiscation,” Browder added.