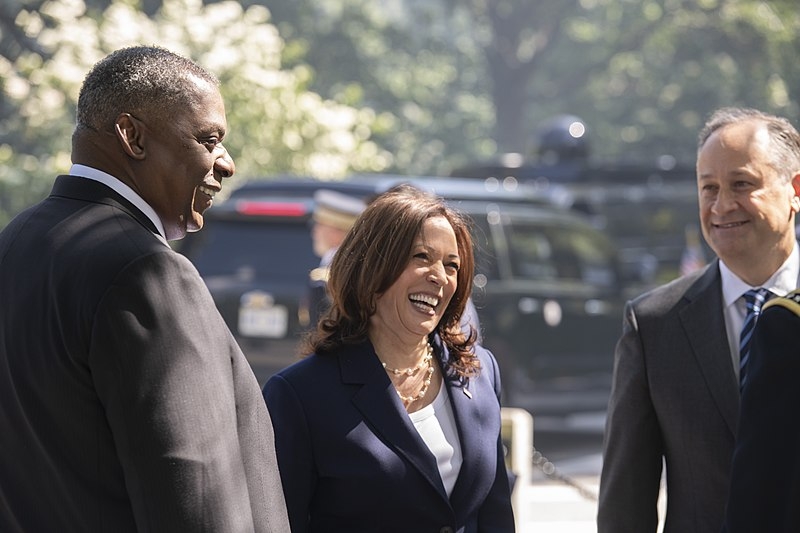 US Secretary of Defense / WIkimedia Commons

US Vice President Kamala Harris traveled to Los Angeles during the weekend following her visit to Las Vegas. In her stop at Los Angeles, Harris made a surprise visit to the firefighters of Brentwood, thanking them for their service.

Harris made a surprise visit to the Brentwood fire station Sunday to thank the firefighters for their service. Second Gentleman Doug Emhoff was also present, including Democratic Congressman Ted Lieu and his wife Betty. Harris visited the Los Angeles Fire Department Station 19 near her home in Brentwood.

Harris also handed out boxes of cookies from a small female-owned business in Hollywood during her visit. To note, in 2019, Station 19 dispatched more than 1000 firefighters to respond to the Getty fire that destroyed 10 homes and forced thousands of residents to evacuate from their homes. White House reporters traveling with Harris revealed that the vice president noted wildfires and drought conditions when she spoke with the firefighters at the station.

“This fire season is going to be worse than last year,” said Harris. “The courage you show is extraordinary, just extraordinary. You save lives and you do it selflessly.”

Harris traveled to Los Angeles Friday for her second visit to the city in a span of two weeks. The vice president then traveled to Las Vegas Saturday to promote the Biden administration’s infrastructure proposal then returned to Los Angeles by the afternoon. Harris’s visit to Las Vegas was also in part of the administration’s “America’s Back Together” tour to celebrate the progress of the country.

Meanwhile, Harris is also invited to the Bengaluru Tech Summit 2021 that will take place from November 17 to November 19. Indian Prime Minister Narendra Modi has also been invited to attend the event. The flagship annual event would be done in a hybrid format, according to Deputy Chief Minister CN Ashwatha Narayana, which would be part in-person and part virtual.

In 2020, the event was made virtual due to the pandemic and had 25 countries participating, resulting in an overwhelming response from delegates and experts. Narayana said that turnout is expected to increase in this year’s event.