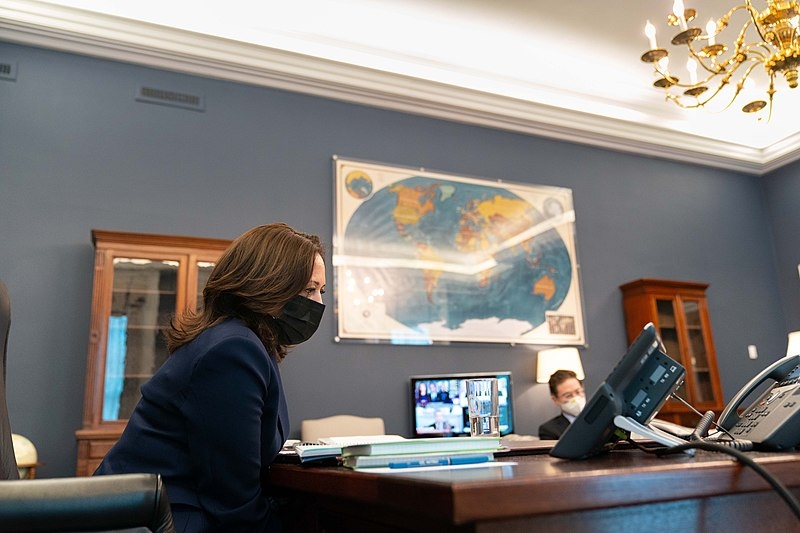 US Vice President Kamala Harris has made history by being the first woman and person of color to get elected to the vice presidency. Harris recently addressed a United Nations event, reiterating the importance of gender equality.

Harris virtually addressed attendees of the United Nations Generation Equality Forum in Paris that lasts from June 30 to July 2. In her remarks, Harris reiterated the importance of gender equality, marking the third instance where the vice president addressed the issue on the world stage. Harris previously addressed gender equality in her remarks to the members of the European Parliament, as well as the United Nations Commission on the Status of Women.

“Because here is the truth: Democracy is strongest when everyone participates -- and it is weaker when people are left out.”

After Harris’s remarks on Wednesday, the Biden administration is set to announce initiatives that will address gender equality in three key areas: gender-based violence, economic justice, and sexual and reproductive health and rights.

Meanwhile, a report by CNBC reveals the strict access Harris’ chief of staff Tina Flournoy has implemented, shutting out the vice president’s longtime political and business allies as the Biden administration works toward its current challenges. People knowledgeable of the matter revealed that Harris was not returning phone calls from those who have considered themselves as part of her inner circle. This includes her donors and those who supported Harris during her Senate and White House runs.

People familiar with what happens behind the scenes also revealed that Harris has only been speaking to President Joe Biden, her family members, a close group of friends, and her strategists. The report also revealed that Harris’s allies from outside the federal government are struggling to get their calls returned after being in constant communication with her for years.