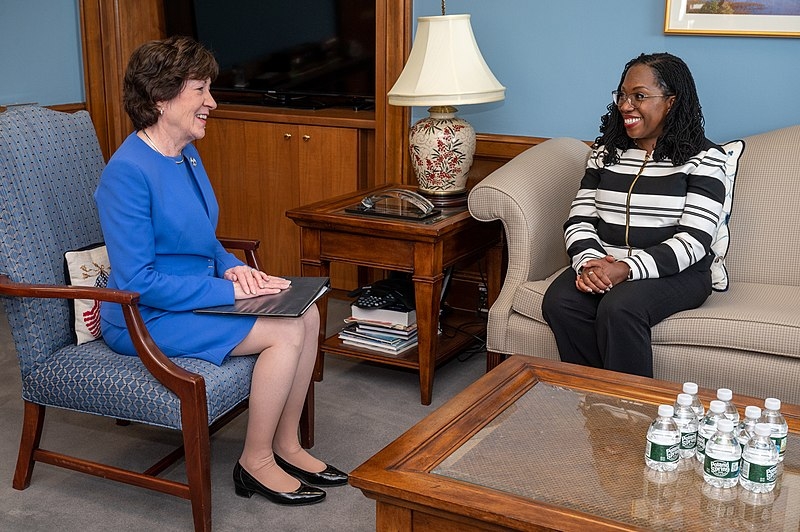 The US Senate is geared towards holding a vote on Supreme Court nominee Ketanji Brown Jackson to succeed retiring Justice Stephen Breyer. GOP Senator Susan Collins announced this week that she intends to vote to confirm Jackson.

Collins announced Wednesday that she plans to vote to confirm Jackson, who would become the first Black woman to become a Supreme Court Justice. Collins released a statement from her office with the announcement, boosting Jackson’s chances of getting confirmed in the evenly-divided Senate.

Collins said that she reviewed Jackson’s record and watched her Senate confirmation hearings last week, and met with her twice in person. The moderate Republican lawmaker concluded that the federal judge, who was confirmed by the same Senate to her position several months prior, has all the qualifications for a Supreme Court justice.

Collins also noted the trend of politicizing the judicial nomination process, which she described as “broken” regardless of where in the political spectrum one would be in.

Democratic Senate Majority Leader Chuck Schumer said last week that the chamber was on track to confirming Jackson to the post before the chamber goes on a break on April 8. Democratic Senator Joe Manchin of West Virginia also confirmed last week that he would be voting for Jackson, essentially securing her confirmation as only a simple majority is needed to confirm the nominee to the lifetime position.

However, even without Republican votes, Jackson is still on track to be confirmed as Vice President Kamala Harris serves as a tie-breaker vote.

Aside from confirming that he would vote for Jackson, Manchin also blasted his Republican colleagues for their treatment of the nominee during her confirmation hearings in front of the Judiciary Committee. Manchin said that the Republican Senators who repeatedly cut off Jackson while she was trying to explain her sentencing decisions showed poor judgment.

“It was disgraceful, it really was, what I saw,” Manchin told reporters. “And I met with her and I read all the transcripts. I listened to basically the hearings and it just was embarrassing.”

“It’s not who we are. It’s not what we were sent here to do, to attack other people and just try to tear them down. I won’t be part of that. I think she’s extremely well-qualified and I think she’ll be an exemplary judge,” said Manchin.