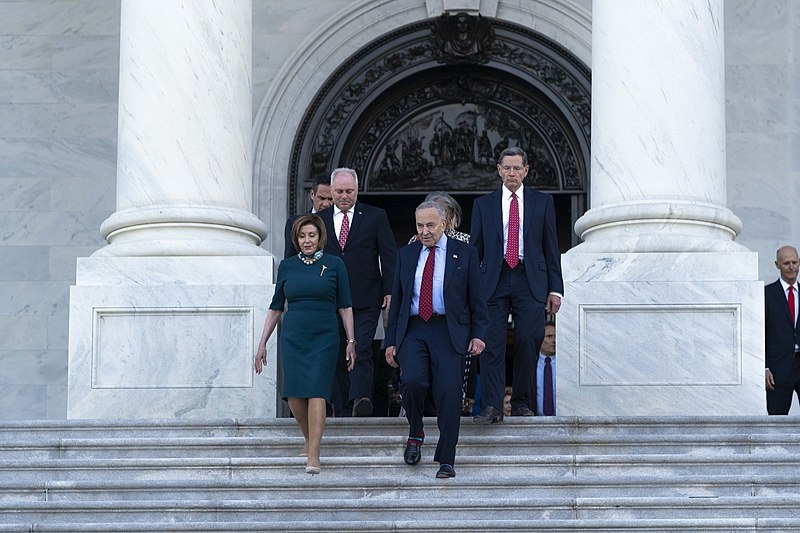 US House Speaker Nancy Pelosi was under scrutiny by the church in her home city of San Francisco over her support for abortion. Despite a bar from taking communion in her local church, Pelosi was seen accepting communion at a papal Mass this week.

According to a witness, the top House Democrat was visiting Rome and received communion from a priest at a papal Mass at St. Peter’s Basilica during the feast of St. Peter and St. Paul this week. To note, the Pope does not give communion himself during papal Masses.

Pelosi, a devout Catholic, was barred from receiving communion at her local church in San Francisco by the city’s Conservative Bishop Salvatore Cordileone. However, Pelosi regularly takes communion from a church in Washington DC, where the archbishop allows her.

Aside from taking communion during a papal Mass, Pelosi also met with Pope Francis before the start of the mass. The meeting between Pelosi and the Pontiff also appears to be the latest rebuke to the Conservative US bishops, whom he claimed to have politicized the issue of Catholic elected officials who may oppose abortion personally but support the right to choose.

The top House Democrat joined the many lawmakers, activists, and pro-choice Americans in denouncing the recent decision by the Conservative-majority Supreme Court that overturned the 1973 Roe v. Wade ruling that legalized abortion rights nationwide.

Pelosi attended an Independence Day reception at the home of the US ambassador to the Vatican, Joe Donnelly.

President Joe Biden, also a devout Catholic, also received communion at a papal Mass a day after meeting the Pontiff, who also told him that he can receive communion despite the consideration of US bishops to bar him from receiving communion.

Shortly after the ruling by the Supreme Court was published, Pelosi blasted the high court, describing the ruling as “cruel” as well as “outrageous and heart-wrenching.”

“The hypocrisy is raging, but the harm is endless,” said Pelosi, referring to the ruling made the same day that expanded the rights of firearm owners weeks after the horrific mass shootings in Buffalo, New York, and Uvalde, Texas.