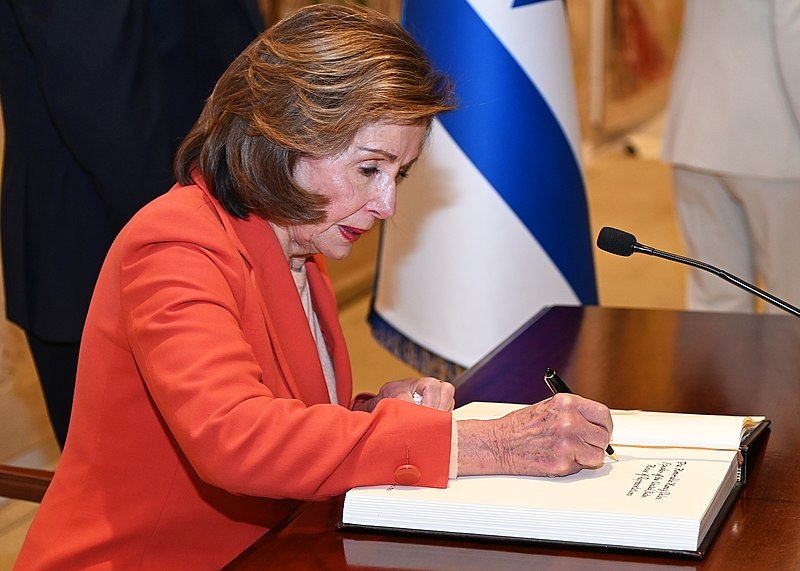 US House Speaker Nancy Pelosi supports abortion even as she is a devout Catholic. The San Francisco archbishop has announced that the top House Democrat will not be eligible to receive communion over her abortion stance.

In a letter addressed to Pelosi and shared on his Twitter account, the conservative Archbishop Salvatore Cordileone said that Pelosi may not be allowed to receive communion unless she walks back her stance on abortion.

Cordileone, who has built a reputation for his opposition to same-sex marriage, said that Pelosi does not “understand the grave evil she is perpetrating, the scandal she is causing, and the danger to her own soul she is risking.”

Cordileone said Pelosi’s stance on abortion has only become “more extreme” over time, deciding to bar her from receiving communion after she did not respond to his requests to explain her stance to him.

“Please know that I find no pleasure whatsoever in fulfilling my pastoral duty here,” said Cordileone in the letter. Cordileone praised the top House Democrat for her “advocacy for the care of the poor and vulnerable,” and called Pelosi a “sister in Christ,” and noted that the decision was apolitical.

The letter by Cordileone comes amidst public outrage over the leaked draft opinion by the Supreme Court that would overturn the landmark Roe v. Wade abortion-rights ruling. While conservatives have praised the potential decision, liberals have taken to the streets to protest.

Pelosi was among those who have publicly slammed the leaked draft, warning that the Conservative-majority Supreme Court would also look to outlaw contraception and same-sex marriage if Roe v. Wade is overturned.

In other related news, Pelosi’s intervention in the debate concerning the Northern Ireland Protocol has drawn criticism from Northern Ireland’s Democratic Unionist Party. Pelosi issued a statement warning that the US Congress will not support a free trade agreement with the UK should plans move forward about discarding the protocol, also known as the Good Friday Agreement.

Doug Beattie, the leader of the Ulster Unionist Party, also echoed Donaldson’s comments about Pelosi, saying that the top Democrat was “misinformed” and “wrong.”