Tweets, emails or hand-written notes? What gets politicians to speak up on climate 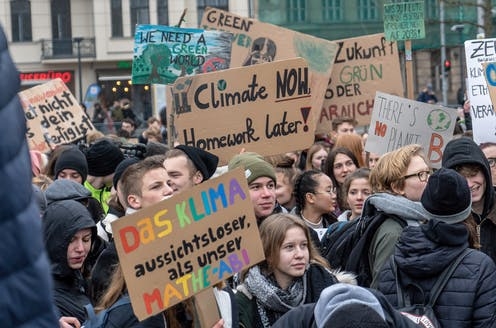 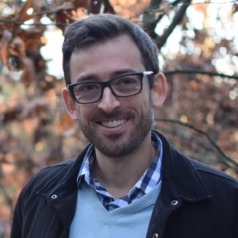 With the United Nations-led climate negotiations set to occur in November, citizens around the world have reason to despair at their governments’ efforts to tackle climate change. Existing national policies put the planet on track for 2.7 C of warming — more than double the level that has already wrought so many climate disasters and far greater than the goal of 1.5 C that the world’s nations have agreed to.

For Canadians who have had their say in a recent election, can anything else be done?

Environmental protests have been shown to reduce emissions by pressuring governments to shutter polluting power plants or pass new regulations. So there’s reason to believe that recent climate strikes can help keep politicians focused, but what about speaking directly to elected officials?

In a recent study, my colleagues and I used a real-world experiment to determine whether generic campaign emails can persuade Members of Parliament to take climate action. With the help of Evidence for Democracy, a non-partisan organization, constituents emailed their MP with a small request, “Please post this pro-climate message to your Twitter account”:

Science tells us that climate change poses a significant public health threat, from increased asthma and heat stroke to the spread of disease due to extreme weather. Thanks to all the youth who voiced their concern #Fridays4Future #MarchforScience

By monitoring the MPs’ Twitter accounts, we found that only one MP actually posted the text provided in the email. We did find some evidence that MPs who received more emails asking them to tweet about climate change did post more pro-climate tweets — just not with the same words that constituents suggested.

This tells us that MP offices do read their emails and sometimes act on them, but generic emails originating from the websites of advocacy organizations, such as “click here to email your Member of Parliament,” may not be persuasive.

What political staffers have to say

As a follow-up, we interviewed political staffers — the people who decide which messages get through to the MP. Most staffers told us that high-effort contact like phone calls, hand-written letters and personalized emails are more persuasive.

Others maintained that they viewed all contact equally but, as one staffer put it, “When a letter comes in, someone has to physically open it and read it. An email comes in and you get blasted with it … don’t want to say we don’t read them, we read all those, maybe really quickly … and then go to the next one.” 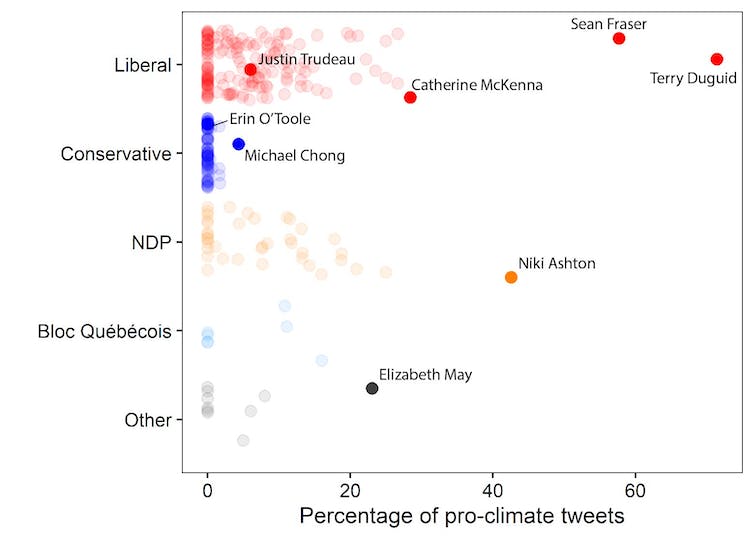 Some MPs talk a lot about climate change, while others rarely mention it. This figure shows the pro-climate tweet rate of Canadian MPs for 17 days in May 2019, with some notable MPs highlighted. (Seth Wynes), Author provided

Still, for activists planning their campaigns, it may not be wise to give up on digital contact.

First, there are trade-offs in the volume of snail mail you can send compared to emails. But there are also times when a generic email is just as good as an impassioned phone call. Staffers submit tallies of constituent contact to their party headquarters and these tallies don’t differentiate between formats. Parties then craft their policies and messaging with those raw numbers in mind.

This tells us that campaigns and constituents can communicate strategically. If you want to influence a party’s direction while they’re drafting their platform, copy-paste emails are probably OK. But if you are emailing an MP with a cabinet position, then you want something that will catch their attention — and lead to a face-to-face talk if possible.

In 2020, the ruling Liberal cabinet held a meeting on whether to approve the Teck Frontier oilsands project. Reporting suggested that constituent preferences were a central motivation for those who opposed this fossil fuel infrastructure; it helps to persuade the people at the table.

Generally, more messages are more persuasive. So organizing a group of friends or timing messages to coincide with big climate events is a good idea. That’s something that climate strike organizers could consider. According to one study, the largest group of people at Fridays for Future rallies are teenagers, but only 10 per cent of those teens have ever reached out to an elected official.

Although some staffers we spoke with heard plenty from their constituents about climate change, others did not. One staffer said that most communications about climate change were sent automatically from websites, missing any personal touch. Another said, “It’s unfortunate, it surprises me how little activism there is on climate change.”

If you’re sending a message or making a phone call, it’s good to be personal. Let your elected officials know how climate change has affected you and your family and what worries you have for the future. Then you can ask for more ambition, stronger policies and that Parliament prioritize climate change to get things done quickly.

When it comes to addressing climate change, speed really does matter. You don’t need to wait until the next election to have your say.