Tom Cruise fears Cher will reveal their ‘hot’ details of their relationship in her upcoming memoir: Rumor 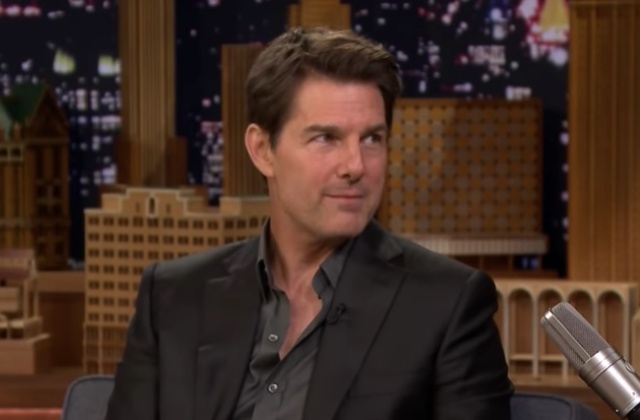 Tom Cruise is said to be ill at ease after learning that Cher is releasing her own tell-all book. He is known to be one of the “Goddess of Pop” famous boyfriends and what is worrying him is that Cher will reveal short but steamy details of their relationship.

Tom is panicky over Cher’s book

In the report that was published in this week’s edition of the National Enquirer, it was reported that Tom Cruise is really worried because Cher refused to agree to his suggestion of not mentioning their brief relationship in her new memoir.

It was said that even if the actor has a team who can talk to the American songstress about his problem, he is so desperate to stop her from including details of their romance that he wants to contact Cher himself. The magazine suggested that Tom Cruise may feel bothered because the contents of the singer’s accounts about him may be embarrassing for him.

“They had a strong physical attraction when they met at a White House event back in the ’80s and eventually, they hooked up,” the insider tattled to the tabloid. “It was very hot, very intense, and over in a matter of weeks, but it left a nice impression on Cher.”

It appears that what Tom Cruise is trying to avoid are the parts about the “steamy” aspect of their romance when they were still together as a couple. This is why the actor wants Cher to leave him out of her book.

But then again, the source said that Tom Cruise may be thinking too much because Cher was only planning to say good things about him and their past relationship. Still, Suri Cruise’s dad is not convinced so he is extremely worried because he wants those details to be forgotten.

“Cher has only good things to say about their relationship, but what happened between them could prove to be embarrassing and Tom doesn’t want that to happen,” the insider said. “He considers it ancient history and better left buried.”

It was reported that when Tom Cruise called Cher, she wouldn’t say anything to him. She wants to keep the stories in her book a secret until it gets published. She also could not make a promise of not dropping the actor’s name in her memoir so now he is allegedly going paranoid.

Gossip Cop checked out this report to confirm if it is true or not and learned that there is no truth in the story at all. The publication reached out to Cher’s reps and was told that the claims are false. Tom Cruise may have dated Cher for a very short time but the allegations made by National Enquirer about her book are totally untrue. Plus, there is no evidence to back up the claims.