‘The Winds of Winter’: The real reason why George RR Martin will have to delay the sixth book in ‘ASOIAF’ series - Again 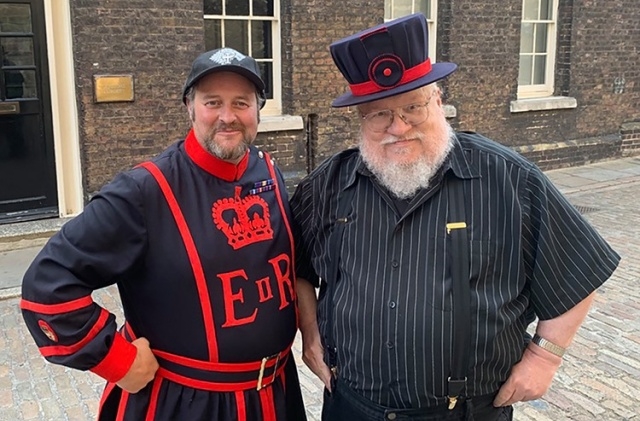 When will “The Winds of Winter” arrive? This is the most common question being asked by fans of the “A Song of Ice and Fire” book series written by George RR Martin.

The book’s progress is so slow that even HBO’s “Game of Thrones” that was based on the novel series has already ended while the sixth book is still being written. As a result, the book and the TV series will have a different ending.

Moreover, it has been almost nine years since the fifth book titled “A Dance with Dragons” was released, and the follow up is still nowhere to be found. Martin has made promises to release “The Winds of Winter” on certain dates, but often, he failed to meet his deadlines.

Now, in May last year, Martin appeared to be so sure that he will finally finish “TWOW” and have it published the following year. The 71-year-old did not exactly mention a date, but based on his what he said; the much-awaited book should be out by July or August this year.

In his blog site, he wrote in May, “If I don’t have ‘THE WINDS OF WINTER’ in hand when I arrive in New Zealand for Worldcon, you have here my formal written permission to imprison me in a small cabin on White Island, overlooking that lake of sulfuric acid, until I’m done.”

Delay is expected and here’s why

But even with his words, it seems that George RR Martin will not be able to publish “The Winds of Winter” as promised. Express reported that the author has so much to do these days that he does not have enough time to complete the book.

Fans are also concerned that new projects keep coming to him, and Martin keeps accepting them. These extra workloads will force “TWOW” to take the backseat and be delayed once again. Also, since the “Game of Thrones” already presented an ending, it was said that George RR Martin is rewriting some parts of the story again, so the book is taking extra time to finish.

Some publications like Die Welt, a German newspaper already reported about the delay of “The Winds of Winter” after sitting down for an interview with GRRM. The translation of the interview was posted on Reddit, and it clearly stated that the book would not be published soon as George RR Martin had to rewrite some chapters again.