‘The Last of Us 2’ release date, gameplay: Official preview of the new enemy class shows creepy mutation of Infected 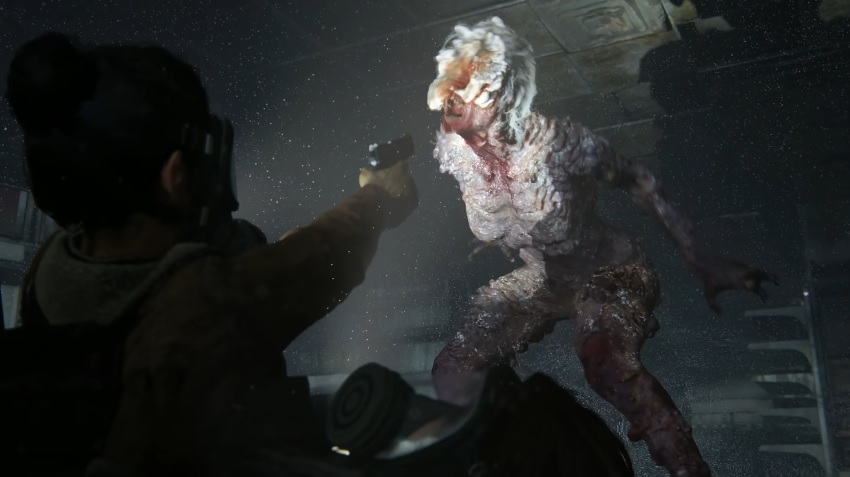 From an official trailer of “The Last of Us 2” | Photo credit: PlayStation / YouTube screenshot

Naughty Dog has been releasing a few sneak peeks recently including another preview of the new enemy class arriving in “The Last of Us 2.” It is called Shambler, and the brief teaser shows how it differs from other creatures present in the first game.

The Shambler is technically the latest mutation of the Infected that will be featured in “The Last of Us 2.” It is then expected for these creatures to appear extra creepy, not mentioning its capabilities that will make combat more challenging in the sequel.

In a four-second preview shown on Twitter, Naughty Dog refers to the Shambler as a tank enemy class in “The Last of Us 2” and there is a good reason for it. The Shambler runs toward its target and closes the distance it explodes to release a hazardous gas. This gas is enough to hurt Ellie or other targets, but it also offers the other classes of Infected – Runner and Clicker – a good cover to attack.

Last year, we introduced you to the Shambler: a tank enemy class new to The Last of Us Part II that rushes toward its target and explodes into a corrosive cloud. pic.twitter.com/VxNpesz3sq

Imagine being in a combat challenge with all these three enemies present. The “The Last of Us 2” preview shows the Shambler’s gas is blinding making it almost impossible to avoid a fast-approaching Runner. It also offers a good cover for the Clicker to sliver and then attacks.

Based on bits of information revealed, the Shambler’s gas does not seem deadly but it can burn a person’s skin in “The Last of Us 2.” This will likely affect Ellie’s accuracy and focus while in combat against the Infected.

‘The Last of Us 2’: Why fans are unimpressed with the latest preview of Ellie

The previews released by Naughty Dog would not make up for the canceled hands-on demo of “The Last of Us 2.” One-hour gameplay was supposed to be showcased during PAX East, but the plan was scrapped due to the coronavirus spread.

While fans responded well with the Shambler teaser, many were not impress with the other preview released this week focused on Ellie’s movement. It shows the “The Last of Us 2” main protagonist and playable character climbing onto parked trucks and jumping from one trailer to another.

In The Last of Us Part II, Ellie is more agile in combat and when exploring the world, allowing us to introduce new verticality and discoverable areas to environments as you climb and jump over obstacles. pic.twitter.com/n9bwpXLB9q

Naughty Dog wrote, “Ellie is more agile in combat and when exploring the world, allowing us to introduce new verticality and discoverable areas to environments as you climb and jump over obstacles.” However, fans in the replies insist there was nothing exciting or new about this particular teaser leading to some of them feeling disappointed. “The Last of Us 2” will be released on May 29 only on PlayStation 4.