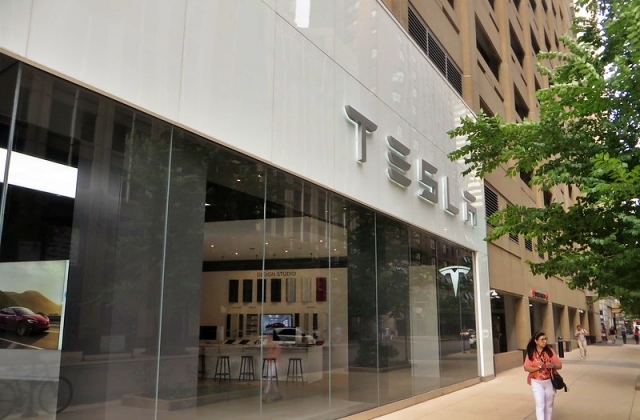 Tesla is no longer taking new orders of its Model Y units that are being manufactured in China. The electric car has only been introduced recently and was made available not long ago, but it is already being pulled from the market.

It was reported that Tesla quietly ceased taking orders for its brand new Standard Range Model Y, an entry-level electric car. This is the cheapest version of the Model Y SUV series, but prospective buyers will no longer find it from the catalog as it was removed just a month after its launch.

Why Tesla withdrew Model Y from the market

It was said that it is not exactly clear why Tesla made the decision to stop taking orders for its Model Y units, but Forbes mentioned there are quality issues with the China-made electric cars. It is also not certain if the move to withdraw the said EV model from the market is only temporary or not.

Based on the report, when contacted for comments about this matter, Tesla could not be reached, and it is believed that the company has disbanded its own PR team. But it was learned that Elon Musk’s company might have issues with pricing and configurator changes that are starting to be difficult to follow.

As for the quality issues, the Consumer Reports stated that there is something really wrong with the Model Y units. In fact, their review only gave the vehicle a score of 50 out of 100.

“The Overall Score is not static,” Consumer Reports explained about the initial low score. “As new testing, reliability, owner satisfaction, and safety data become available, the scores will be updated.”

But still, the review states that the car has many problems, including the paint trim, body integrity, and body hardware. Although it was not elaborated, it is apparent that owners have to deal with various issues.

Meanwhile, as the said Tesla halted the orders for Model Y, the units that are on sale are now being sold at lower prices. The EV maker cut the base price to just $39,990, and this move is reportedly an effort to increase sales.

Meanwhile, executives from Tesla working in Beijing and Shanghai have been summoned by China's market regulator and other government departments due to complaints about its China-made EV units. Owners have complained about battery fires and software problems.