Starbucks to raise wages in the US next year 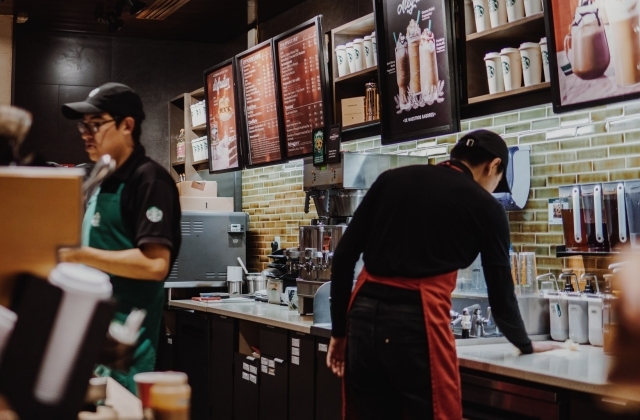 Starbucks announced on Wednesday, Oct. 27, that it would be issuing a pay hike for its store baristas in the United States. The coffee chain said that the increase in wages would happen at least twice, and this will bring the minimum pay up to $17 per hour by the summer of 2022.

CNBC noted that Starbucks’ announcement about a pay hike comes as establishments in the restaurant industry struggle to employ new staff as the number of applicants is really low. Most of the big names in this business sector, including McDonald’s, Popeyes, Domino’s Pizza, and more, are also finding it hard to find new workers even after posting job ads.

Restaurants today need more hands in their respective stores as the demand is slowly bouncing back after the troubling months following the COVID-19 outbreak in 2020. Other business sectors are also experiencing labor shortages, and almost all companies are now offering wage increases and other benefits to attract more job applicants.

Apparently, Starbucks is also affected by the labor crunch and is now offering pay raises to baristas so they will continue to work with the company and provide them with better compensation. The company said it would issue up to a 5% increase to baristas who have worked for at least two years.

For those who have been with Starbucks for at least five years, they can get up to a 10% pay increase. A second pay hike will follow in the summer of 2022, and by this time, the average pay per hour will go up to $17 per hour. It was mentioned that the current hourly pay is $14 an hour, and the new minimum will be raised to $15.

And this is not all, Starbucks will also offer other benefits such as $200 referral bonuses for its employees. Since baristas tend to do a lot of work in preparing drinks, the company is also working on technologies to make the job easier for them.

Meanwhile, Reuters reported that Starbucks’ last pay increase was in December of last year. It gave a 10% additional for its staff. The company was said to have invested a total of $1 billion for wages in benefits in the last two years.