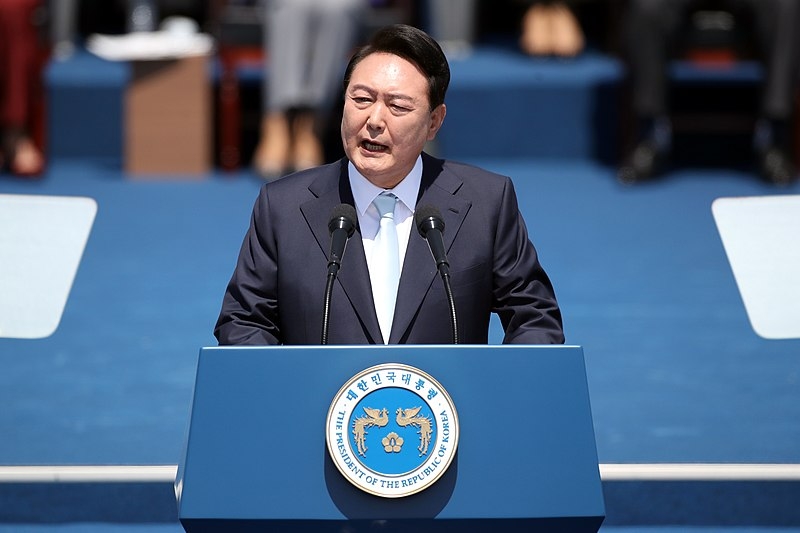 South Korean President Yoon Suk-yeol is looking to tackle the ongoing issues of the rising cost of living in the country in the midst of inflation. This week, Yoon reportedly called on his aides to develop measures that would help ease the costs of living and measures to reduce the impact the ongoing truckers' strike will have on industries.

South Korea's News1 outlet reported this week that Yoon called on his top aides Monday to develop a plan that could ease the rising costs of living in the midst of inflation in the country, according to people familiar with the matter. Yoon also called for his aides to come up with measures that could help reduce the impact of the truckers' strike on industries.

In response to the truckers' strike that has been going on since June 7, the South Korean Ministry of Oceans and Fisheries said Monday that the military is deploying around 100 cargo trucks authorized by the Ministry of Transport that will ship containers and in out of major ports including Busan.

The military is shipping containers to and from locations mainly in short distances with ports to free up space.

Yoon's administration is also tackling the tensions in the peninsula surrounding North Korea's repeated missile tests with warnings that a nuclear test from Pyongyang may happen.

In a speech at the Shangri-La Dialogue, the Asian security summit in Singapore, South Korea's defense minister Lee Jong-sup said the country would be enhancing its defense capabilities while coordinating with the United States and Japan in deterring North Korea.

"Moreover, we would like to strengthen security cooperation between South Korea, the US, and Japan to respond to North Korea's nuclear and missile programs," Lee said, adding that Seoul was prepared to extend economic assistance to Pyongyang should the isolated nation permanently end its nuclear program.