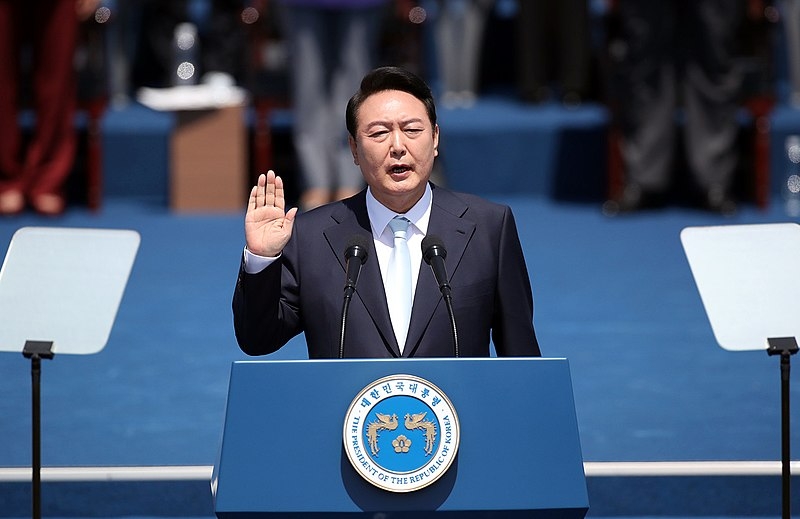 This week, South Korean President Yoon Suk-yeol was officially inaugurated as the country’s new leader. In his inauguration speech, Yoon suggested that he was ready to make an economic proposal with North Korea should Pyongyang decide to shut down its nuclear program.

According to Reuters, Yoon – who is expected to take a more hardline approach to North Korea – said in his inauguration speech that Pyongyang’s weapons program poses a threat to the peninsula. However, the conservative South Korean leader said he is ready to present an economic plan to North Korea if it denuclearizes.

“While North Korea’s nuclear programs are a threat to not only our security and that of Northeast Asia, the door to dialogue will also remain open so that we can peacefully resolve this threat,” said Yoon.

“If North Korea genuinely embarks on a process to complete denuclearization, we are prepared to work with the international community to present an audacious plan that will vastly strengthen North Korea’s economy and improve the quality of life for its people,” said Yoon.

While Yoon did not elaborate on the plan, his national security adviser Kim Sung-han told the outlet back in February that his team intends to devise a plan where Pyongyang could earn sanctions relief or economic aid in exchange for denuclearizing its military arsenal.

Yoon has signaled on taking a tougher stance on North Korea and has previously warned that a pre-emptive strike may be carried out if there is a possible attack. Yoon has previously pledged to strengthen South Korea’s deterrent capabilities.

Japanese foreign minister Yoshimasa Hayashi said Tuesday, following his meeting with Yoon, that Japan and South Korea have agreed to improve relations. Hayashi, who attended Yoon’s inauguration in Seoul, told reporters that Yoon wanted to be in close communication with Japan in order to mend relations between both countries.

“South Korea is an important country and cooperation…is indispensable for the stability of this region, including response to North Korea,” said Hayashi.