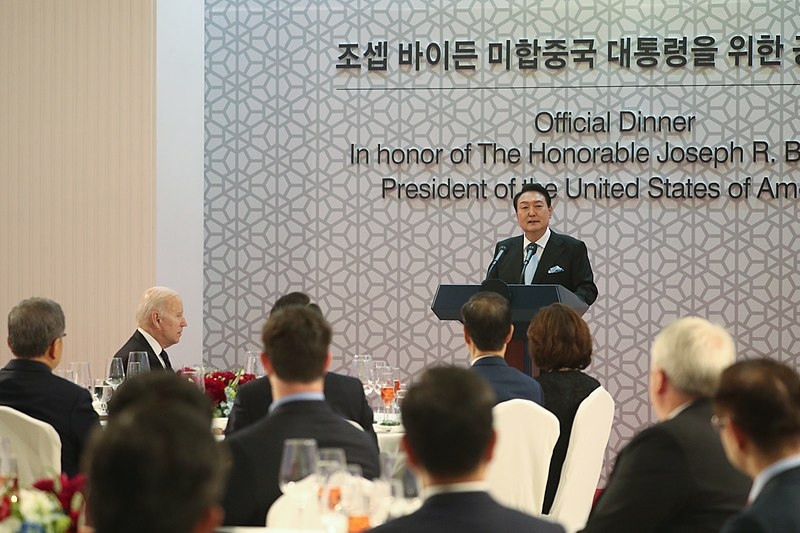 South Korean President Yoon Suk-yeol is only two weeks into his presidency since getting inaugurated on May 10, but his potential administration is already facing setbacks. Another cabinet nominee has withdrawn over allegations of nepotism surrounding university admissions.

In a report by Reuters, Yoon’s nominee for health minister, Chung Ho-young, withdrew from the nomination this week following South Korean media reports alleging that Chung used his position at a national university hospital to help his children to be admitted to the university’s medical school years ago.

While Chung denied any wrongdoing, he said it is likely there are aspects of the incident that the public did not agree with.

In a survey by Korea Research International Inc that was published this month, Chung’s nomination was deemed “inappropriate” by 56.6 of the respondents compared to the 24.7 percent who said it was “appropriate.”

Chung is the second cabinet nominee to withdraw over nepotism allegations, as last week, Yoon’s nominee for education minister Kim In-chul withdrew from the nomination. South Korean media reports alleged that Kim also used his position as the head of the Korea Fulbright Alumni Association to secure scholarships for his children to study in the US.

Kim apologized for the allegations and stepped down, saying that he would not try to explain his stance or make an excuse. Yoon’s office said it respected the decisions of his nominees. Lawmakers from Yoon’s conservative party, however, made the suggestion for Chung to withdraw from the nomination.

Yoon is expected to take a more stern approach toward North Korea, as tensions are flaring up in the peninsula with Pyongyang’s continued weapons tests. The latest test took place Wednesday, following the summit by US President Joe Biden and his counterparts in the Quad regional grouping in Japan. Prior to the meeting in Japan, Biden also met with Yoon during his visit to South Korea.

Following the test, South Korea’s National Security Council held a meeting over the weapons test and condemned Pyongyang’s latest test, describing it as a “grave provocation.”

Yoon, who presided over the meeting, instructed his officials to take the agreed steps to strengthen the US deterrence.