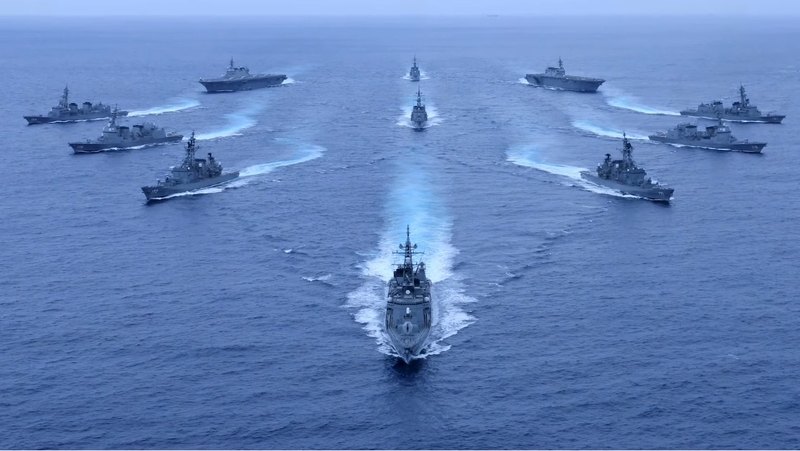 As tensions continue regarding the situation in Taiwan and the South China Sea, other nations involved are also becoming more vocal. China’s foreign ministry recently issued a warning against Japan as its officials are set to be holding talks with their Taiwanese counterparts.

China’s foreign ministry spokesperson Wang Wenbin said that Japan must stop interfering in China’s internal affairs which involves Taiwan. China has claimed that Taiwan is a breakaway province and is part of the mainland, despite the island nation having a democratic government for some time. Taipei has opposed such claims.

Wang’s comments also follow reports that officials from the ruling political parties of both Japan and Taiwan are set to hold discussions on security this week. This also comes as US Vice President Kamala Harris is currently on a visit to Southeast Asia, having gone to Singapore, and is now in Vietnam. The visit of the US vice president is part of the US under the Biden administration’s efforts to re-engage with allies in the region.

In both her visits, Harris aimed at China, accusing Beijing of intimidation and coercion towards other countries that have competing claims to the South China Sea. China also claims the majority of the entire South China Sea, which has angered the surrounding countries. An international tribunal also ruled against Beijing’s claims, citing that there is no basis for their “historic” claims in international law.

The Vietnamese government has often attempted to stay neutral. Hanoi has quietly supported the US Indo-Pacific Strategy because of its hardline stance against China in the South China Sea. Prior to Harris’s arrival in Vietnam, however, the ambassador of China to Vietnam met with Vietnamese Prime Minister Pham Minh Chinh in an unannounced meeting, where the ambassador said that China would be donating two million additional doses of its COVID-19 vaccine.

China has continued its pressure campaign to make Taiwan acknowledge its sovereignty over the island nation. Chinese warplanes have once again made incursions into Taiwanese airspace recently, according to Taiwan’s Defense Ministry, the incident dated August 25. This marks the latest incursion made by the People’s Liberation Army into Taiwan’s airspace this year.