South China Sea: Philippine leader Rodrigo Duterte to form alliance with the US 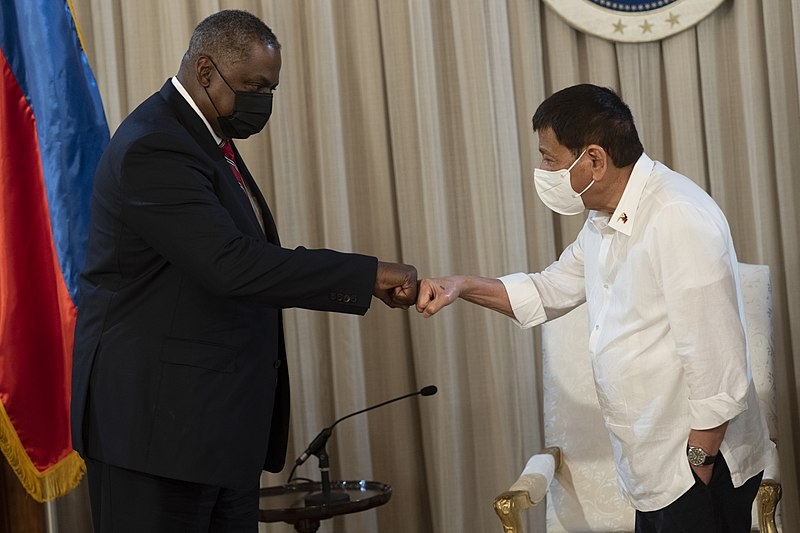 The US and the Philippines are longtime allies with a treaty that cements the partnership of the two countries. But as tensions rise in the South China Sea, Philippine President Rodrigo Duterte is set to form an alliance with the US to counter efforts by China to assert control over the waters.

The Philippine leader’s incoming set of policies to put in place will see an alliance between the Philippines and the US, especially over increasing tensions in the South China Sea. The international tribunal ruled in favor of the Philippines against the claims made by China over almost the entire body of water. Duterte’s policies are set to be more friendly towards the US following the failure to negotiate a deal with Beijing over the disputed waters.

The new policies come as US Vice President Kamala Harris is currently in the Southeast Asian region to gather up support with Washington against Chinese aggression. The US has openly defended international rules in the South China Sea in support of the surrounding countries that have made claims to parts of the waters.

Speaking with Express, Chatham House Asia-Pacific Program associate fellow Bill Hayton described the Filipino leader as a “populist” who has faced backlash over policies regarding deals made between the Philippines and China. Hayton noted that Duterte, who has one year left in office, may implement new policies due to the backlash that would challenge China and be more approachable for the US.

“I think there’s quite a lot of pushback in the Philippines now. I think people have seen that even though they’re trying to do a deal with China, China hasn’t been willing to do a deal on terms that the Philippines can agree to,” said Hayton. “I think that’s causing a bit of backlash. Mr. Duterte’s got another year left in office and I think we’re going to see a slightly different set of policies coming out of him.”

China has since dismissed the rulings against its claims and has also further attempted to assert control in the waters, even through other means like waste disposal. China was previously blasted for disposing of tons of human waste in the South China Sea, even in parts that it does not have claims over.

WION host Paiki Sharma noted that the amount of waste being disposed into the South China Sea has also done damage to the environment.