South China Sea: China threatens to 'eliminate' US over relations with Taiwan 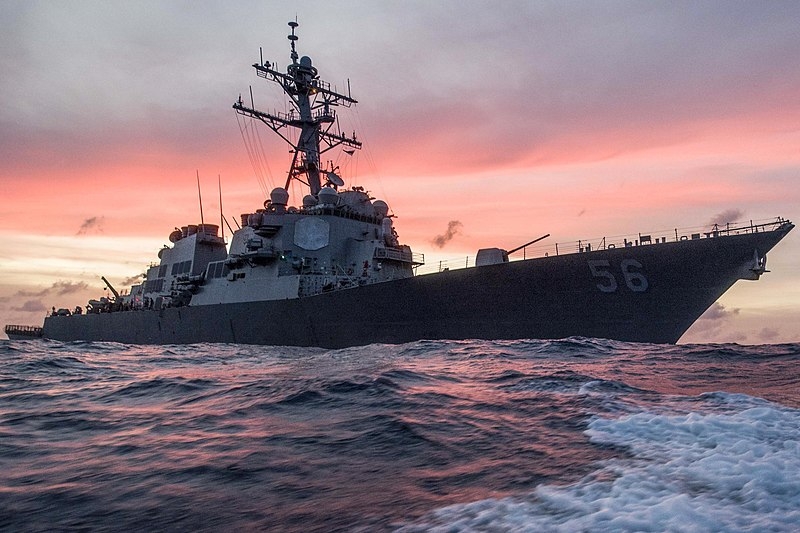 Tensions remain high in the disputed South China Sea between China, the US, and the surrounding countries of the region. Fears of a possible conflict have been stoked yet again as China has issued another threat against the US over its relations with Taiwan.

China claims the democratic island nation of Taiwan as a breakaway province, with Beijing considering taking over the island through military means. However, Taiwan has strongly opposed the claims along with the support of the US, with Washington angering Beijing for selling arms to the Taiwanese government. Recently, following a claim by US Republican Senator John Cornyn of Texas about the number of US troops that may be stationed in Taiwan, China has hit back, saying that it would wage war on the US.

Cornyn shared in a now-deleted tweet that there were around 30,000 US soldiers stationed in Taiwan. However, editor-in-chief of state-affiliated news outlet Global Times Hu Xijin pushed back, demanding an explanation to Cornyn’s claim.

“Now the US and the Taiwan authorities must explain,” said Hu. “If it is true that the US has 30,000 or less than that number, soldiers stationed on the Taiwan island, Chinese military forces will immediately launch a war to eliminate and expel US soldiers.”

This latest threat from Hu follows his previous warnings to Taiwan about not receiving protection from the US. Hu referenced the chaos that had occurred in Afghanistan in his swipe towards the US and Taiwan. Hu said that Taiwan should order a “Five-Star Red Flag” from China as it would be useful when they surrender to the People’s Liberation Army.

China has already taken advantage of the world’s focus on Afghanistan to launch warships and fighter jets into the disputed South China Sea. The dispatching comes as China looks to carry out military drills close to Taiwan as part of its pressure campaign to force Taiwan into acknowledging that it is part of the mainland as China claims it to be.

The PLA’s Eastern Command Theatre issued a statement saying that the dispatching of ships and jets was to carry out “joint fire assault” along with other military drills with actual troops.