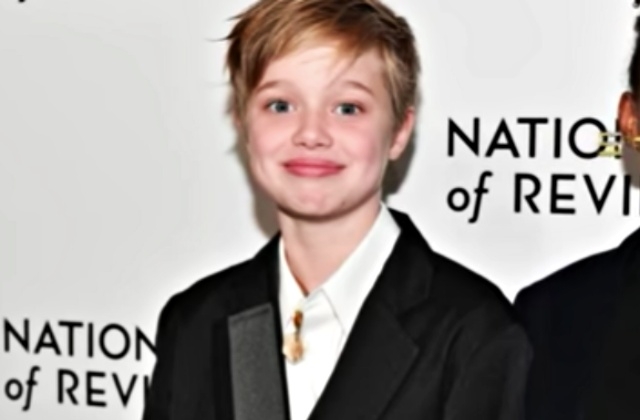 Shiloh Jolie-Pitt is said to be spending more time with Jennifer Aniston these days. The 14-year-old is said to be hanging out at the “Friends” actress’ home at least once a week so they have really grown closer.

As per the report that was released on New Idea titled “Shiloh Jolie-Pitt tells all: 'Jen's my new stepmum!’” it was alleged that Angelina Jolie’s teen daughter has been coming to Jennifer Aniston's home whenever she needs a break from the chaos at her home.

It was stated in the article that after Brad Pitt and Angelina Jolie filed for divorce and started their battle in court, all of their kids have been tensed and in particular, Shiloh has grown to be extra sensitive. Their parents' court battle has really turned nasty and the Jolie-Pitt kids supposedly can’t take it anymore.

Now, it was claimed that as Shiloh Jolie-Pitt wants peace, she finds herself more relaxed when she is with Jennifer Aniston in her LA’s Bel-Air’s home. She is simply escaping from her “noisy” home in Los Feliz estate and running to her future stepmother’s place where she can enjoy a quiet time.

“Shiloh prefers peace and quiet,” the insider supposedly told New Idea. “And with her brothers and sisters roaring around and her mum juggling a thousand things at once, Shiloh just needed a place to relax.”

It was added that Shiloh and Jen’s closeness is already at the point with the teener even confiding with her dad’s ex-wife now. And the 51-year-old actress is also very fond of Brad’s daughter.

“She confided this in Jen a few weeks back when they were both visiting Brad,” the source further snitched. “Jen has always had a soft spot for Shiloh and feels sorry for her being stuck between two parents, and told her she was always welcome to come and spend time at her place.”

Is it true Shiloh is close to Jen who she calls her stepmom?

Gossip Cop pointed out that Brad Pitt and Jennifer Aniston are not in a relationship like what New Idea is suggesting. With that said, Shiloh Jolie-Pitt can’t say that the “Friends” star is her stepmother.

Also, Angelina Jolie will definitely not like the idea of Shiloh hanging out in another home and it is even Jennifer Aniston’s home. Surely, she will be upset with this and could create problems for her and her daughter but in reality, the mother and daughter are very close.

In fact, they are often seen spending time together shopping or just grabbing lunch. With that said, there is no way that Shiloh Jolie-Pitt will find Jennifer Aniston more comfortable than her own mom.