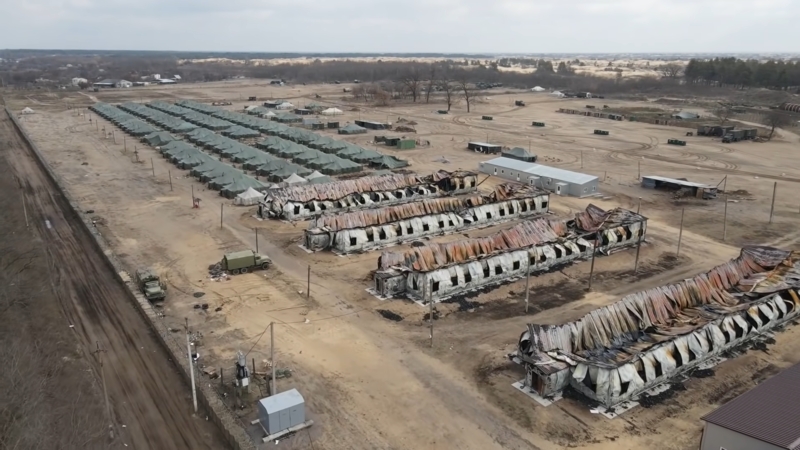 The regional governor in Ukraine said Tuesday that its forces succeeded in recapturing 53 villages in the Russian-occupied Kherson region. This comes as Ukraine has been gearing up to launch a counter-attack by striking Russian supply lines with weapons provided by the West.

Meanwhile, German chancellor Olaf Scholz said Wednesday that Russia has no reason to stall the return of a gas turbine for the Nord Stream 1 pipeline that was serviced in Canada but has been left in Germany in the latest energy standoff between Europe and Russia.

Scholz made the remarks during a visit to Siemens Energy in Muelhelm an der Ruhr.

Scholz said the turbine was completely operational and could be returned to Russia at any time, should Moscow be willing to take it back.

“The turbine works,” said Scholz, adding that the purpose of his visit was to show that the turbine was functional. “There’s nothing mystical to observe here.”

“It’s quite clear and simple: The turbine is there and can be delivered, but someone needs to say ‘I want to have it’” added Scholz.

The situation regarding the wind turbine was being monitored closely as European governments have accused Russia of trying to cut gas supplies as revenge for the sanctions the West has imposed following Russia’s invasion of Ukraine back in February.

The government of Switzerland has also imposed a new round of sanctions on Russia Wednesday, in line with the latest measures of the European Union on gold and gold products.

The Swiss government said it made two exceptions regarding transactions related to agricultural products and oil supplies to third countries, as the EU has done, to avoid any disruption in payment channels.

“The new measures primarily concern a ban on buying, importing, or transporting gold and gold products from Russia. Services in connection with these goods are also prohibited,” said the government statement, adding that none of the measures against Russia was targeting the trade in agricultural or food products between third countries and Russia.