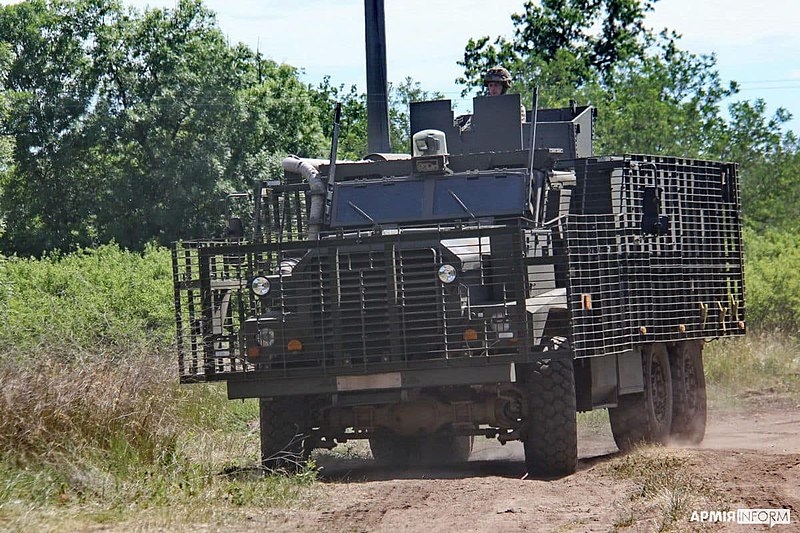 The UK’s defense ministry said Thursday that Ukrainian forces are gaining momentum in their counteroffensive in the Russian-occupied Kherson area in southern Ukraine. Kherson was captured by Russian forces not long after the invasion on February 24.

The British military also said Russia’s 49th Army which is stationed on the west bank of the Dnipro river, appears to be very vulnerable, citing that Kherson is virtually isolated from other Russian-occupied territories in Ukraine.

“Ukrainian forces have highly likely established a bridgehead south of the Ingulets river, which forms the northern boundary of Russian-occupied Kherson,” said the defense ministry in its regular intelligence bulletin on Twitter.

Ukrainian troops have ramped up their counterattack to reclaim the southern territories occupied by Russia through bombing and isolating Russian forces in the areas that are difficult to resupply. However, Kyiv said there were indications that Moscow was redeploying its troops to defend their captured territories.

Kyiv said it has retaken some small settlements on the northern edge following the gains made in recent weeks in its efforts to drive out Russian forces, ahead of what Ukraine says is its major counterattack to reclaim the south.

Ukrainian troops used the West-provided long-range missile systems to damage three bridges across the Dnipro river, making it difficult for Russian forces to replenish supplies on the western bank.

A Ukrainian strike Wednesday on the Antonivsky bridge led to its closure to traffic. This forced Russia to open a ferry service, the routes of which would change for security purposes.

Ukrainian National Security and Defense Council secretary Oleksiy Danilov said on Twitter that Russia has “the maximum number of troops” in the direction of Kherson but did not disclose any further details.

President Volodymyr Zelenskyy’s adviser Oleksiy Arestovych said Moscow was carrying out a “massive redeployment” of forces from the eastern region to the south, indicating a strategic shift to defense.