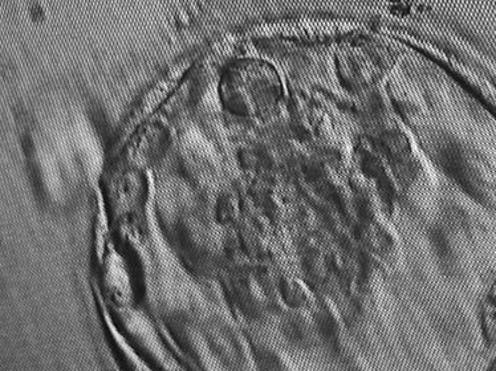 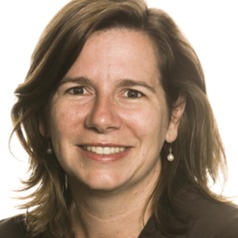 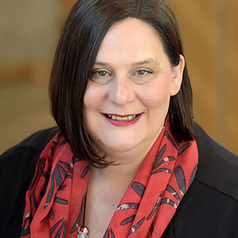 Researchers have successfully grown model versions of early human embryos by “reprogramming” cells from human skin. The breakthrough potentially opens up new ways to study the earliest phases of human development, learn more about developmental disorders, infertility and genetic diseases, and perhaps even improve the success of IVF treatment.

In a study published in Nature today, a team led by our colleague Jose Polo discovered that when skin cells are treated in a particular way, 3D structures similar to early human embryos form. A US-Chinese research group led by Jun Wu also reported a similar feat, creating structures that resemble a very early stage of the embryo called a “blastocyst”.

While this is an exciting scientific advance, it will also be vital to consider the ethics behind this and other emerging approaches to modelling human development.

Growing ‘human organs’ in a dish

Over the past 50 years, research has revealed a lot about how the different organs of our bodies are formed, and what happens at a cellular level during disease and illness.

Many of these insights came from recent breakthroughs in stem cell research, in which scientists can effectively create 3D models, or miniature organs from human tissue, that resemble the structure and function of particular organs in the body.

These structures, known as organoids, have been used to understand how kidneys form, learn what happens to the developing brain during a Zika infection, and to test an array of therapies to find the best ways to halt the progression of bowel or pancreatic cancers.

These advances rely on the innate ability of stem cells to organise themselves into characteristic anatomical and functional features when given the right conditions. Researchers can use stem cells taken from a patient’s own tissue to create 3D models of the organ from which those cells were taken. Many, but not all, organs have their own specific stem cells.

Other approaches use a more basic type of stem cell, called “pluripotent stem cells”, obtained from human embryos or created in the lab from a skin or blood cell through a process called reprogramming. This approach means researchers can create stem cells then coax them to mimic how a particular organ forms. While these 3D structures are often referred to as mini-organs, they usually only replicate certain aspects of the organ’s architecture and function.

While stem cells can reveal much about how organs form, research so far has provided little insight into the complex interplay between the developing embryo and the lining of the womb required to establish and maintain a pregnancy.

This period, covering the first few weeks after implantation, is sometimes referred to as the “black box” of development, as it is extremely difficult to access reproductive material at this early stage.

What’s more, even in countries that allow research on donated IVF embryos, studies are usually limited to just the first 14 days after fertilisation, and alternative animal models are of little value in revealing the unique process of human embryo implantation.

With miscarriages affecting 1 in 6 pregnancies, and high rates of infertility due to failure of embryos to implant, we need better ways to understand and address these devastating outcomes.

Human pluripotent stem cells have been used to create structures that replicate specific aspects of development, but not the entire embryo, at and immediately after implantation.

The new discoveries reported today offer another way to explore development around the time of implantation. Unlike animal studies, in which the 3D model embryo is compiled by assembling cells from pre-established stem cell lines, this approach relied on adapting the technology used to create induced pluripotent stem cells.

In the approach taken by Polo’s group, skin cells from adult donors were first treated to “reprogram” them over several weeks, effectively resetting their development back to an earlier, less specialised state.

The researchers then grew these cells in 3D clusters for six days, after which some of them formed structures very similar to “blastocysts” — the final stage of embryonic development before implantation. These lab-grown structures are dubbed “iBlastoids”. 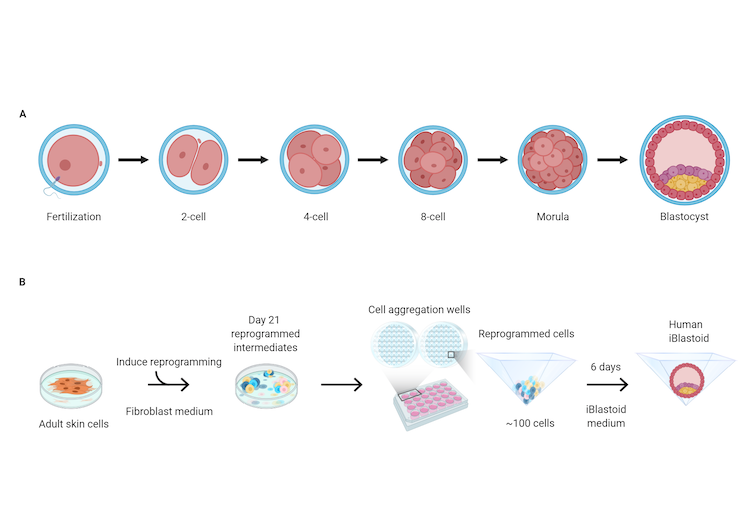 The second group cultured human pluripotent stem cell lines - both embryonic stem cell lines and those created through reprogramming - in a slightly different two-step process to encourage 3D clusters to form. They called their structures “blastoids”.

While iBlastoids and blastoids both seem to be structurally and functionally similar to real blastocysts, it is not yet clear exactly how closely they resemble true embryos formed by a sperm and an egg. While the models were shown to share gene patterns and respond in culture in ways characteristic of actual embryos, researchers also saw significant anomalies, such as unsynchronised growth and cells that are not usually present in an embryo.

It can be hard to decide where we should draw the ethical line between using stem cells to grow “model embryos”, and research on real human embryos created by IVF.

Some people may see no ethical distinction between these two processes at all. Others might support the creation of models but only for specific types of research, such as to understand the origins of infertility or genetic disease. Those people may draw the line at attempts to use these models to test gene-editing techniques to correct genetic diseases rather than simply study them.

When considering these ethical issues, we need to address three important questions:

While 3D models are not human embryos, existing national laws around the creation and use of IVF embryos may provide useful guidance and oversight. Many countries have specialised review committees to provide independent advice to researchers and ensure ethical transparency.

Above all, we need to approach this issue carefully. The science is complex, and likely to trigger many of the same concerns raised 25 years ago by breakthroughs in cloning technology. One thing seems clear, just as it was back then: this new technology should only be used for laboratory research. Any attempt to use it to establish pregnancies in humans or animals must be strictly prohibited.

The International Society for Stem Cell Research will soon release a new set of guidelines that are likely to provide more explicit recommendations for research in human embryo modelling. As it has done in the past for other ethically charged issues, this global approach is essential. There is too much at stake to ignore the complexities.