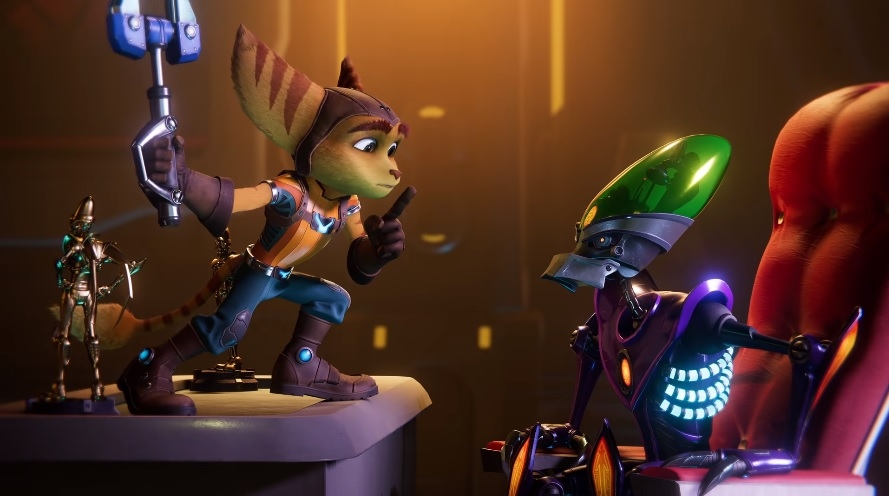 “Ratchet & Clank: Rift Apart” will be released in a few days, and some of the essential bits of information about the game, such as its install size, are confirmed. The good news is it will not take up huge storage space on PS5, and next-generation features will be available at launch.

Twitter page PlayStationSize confirmed that the game would come in a 42GB PKG file. But, thanks to PS5’s compression technology, there will be a 9GB difference between the “Ratchet & Clank: Rift Apart” download and install size. This means the game will only take up 33GB of storage space on the new-gen console once it is installed.

The “Ratchet & Clank: Rift Apart” install size is much smaller compared to games previously released on both PS4 and PS5. It could have been one of the perks of exclusively launching the game on the new-gen system. “Sizes are getting smaller on native PS5 games due to the compression techniques and SSD,” Insomniac Games community director James Stevenson tweeted.

It can be recalled that there was a significant difference between the install size of “Spider-Man: Miles Morales” and “Spider-Man Remastered,” which are both available on PS4 and PS5. Insomniac Games core technology director Mike Fitzgerald previously pointed out that the games are 25 percent smaller in install size on PS5, so it should not be surprising that the PS5-exclusive “Ratchet & Clank: Rift Apart” will not require much storage space.

Fans who have pre-ordered “Ratchet & Clank: Rift Apart” can also start preloading the game on their consoles. The game’s first update is also live and can be installed now, so players can immediately dive in once it goes live later this week.

Meanwhile, Insomniac Games confirmed that the “Ratchet & Clank: Rift Apart” Performance and Performance Ray Tracing mode are available on day one. It means the game will not need any future update before it can run at 60 FPS framerate and ray tracing.

When asked about the target resolution on the Performance, Performance RT and Quality mode, the developer hinted it will not natively run at 4K. “All three modes use a dynamic base resolution that then goes through our temporal injection process to achieve a 4K image,” Insomniac Games explained.

All three modes use a dynamic base resolution that then goes through our temporal injection process to achieve a 4K image. This is similar to how #MilesMoralesPS5 works.

The developer also assured PS5 players that they made “awesome use” of the DualSense controller features, which include haptic feedback and adaptive triggers. “Ratchet & Clank: Rift Apart” will be released on Friday, June 11.