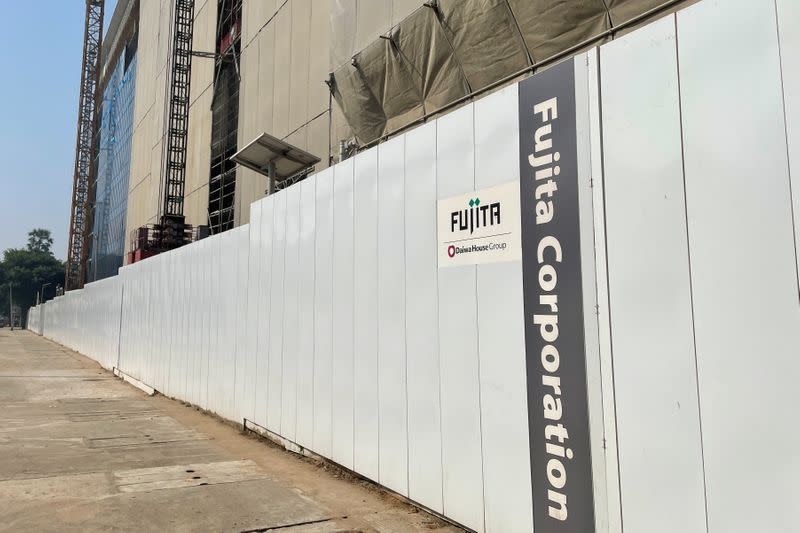 A Japanese consortium involving Fujita paid over $1.84 million in-ground rent to Myanmar's Defense Ministry for a redevelopment project in Yangon, through a local joint venture.

At least 10 Japanese companies have direct business ties or have taken part in projects with Myanmar military-affiliated firms, according to a probe by a Kyodo News team.

There were concerns that funding and business deals by the Japanese government and private entities may be aiding human rights abuses by Myanmar's junta.

Calls are growing in the US, European countries, and shareholders to sever ties with the junta.

About 400 Japanese companies entered Myanmar after the 2011 transition to a civilian government following decades of military rule.
Japanese companies are still required to partner with local firms due to restrictions on foreign investment, and several of them partnered with those related to the military.

Kirin Holdings Co. has two joint ventures with the Myanma Economic Holdings, identified by the UN as owned by senior military members.

A Japanese consortium involving Fujita, Tokyo Tatemono, and the Japan Overseas Infrastructure Investment Corporation for Transport and Urban Development paid over $1.84 million in-ground rent to Myanmar's Defense Ministry for a redevelopment project in Yangon, through a local joint venture.

The project, financed by the Japan Bank for International Cooperation, Sumitomo Mitsui Banking Corp, and Mizuho Bank, could have been used for military activities.

Fujita was aware that the Myanmar government was the final beneficiary, while Sumitomo Mitsui and Mizuho did not comment.

The said project was backed by the Japan International Cooperation Agency,