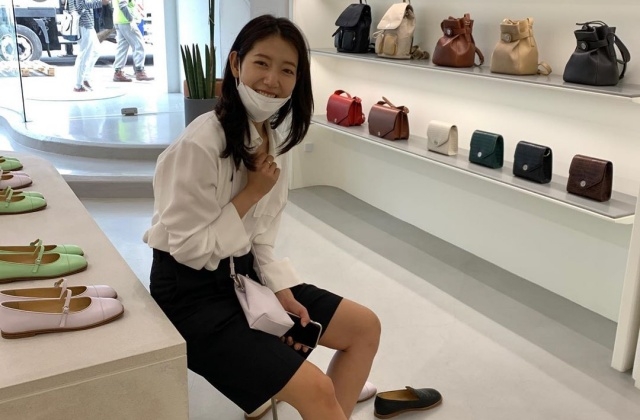 Park Shin Hye is coming back with a new film, and she is excited about it because this is the first time that she will be starring in a thriller-horror film. The actress is giving her fans something to look forward to, and this is her next movie titled “#ALIVE” that was initially known as “#ALONE.”

The 30-year-old actress chose this film because this is the first time that she had a project of this genre. This is sort of like the worldwide blockbuster hit movie “Train to Busan,” and yes, it is about zombies too.

On May 11, Park Shin Hye shared a movie poster of her latest film. It was sort of a teaser as she just gave a glimpse of what her character looks like in the suspense-thriller.

Her role in the movie is one of the survivors after a mysterious outbreak annihilated most of the people in Seoul. The contagion went out of control that the only people remained trapped in their homes without phone service or internet.

The actress is starring in “#ALIVE” alongside A-list actor Yoo Ah In. He is also one of the survivors in the now very dangerous Seoul city, and it seems that their path would cross and they need to survive together.

As per Xports News, Yoo Ah In said that her character is just an ordinary guy so everyone can relate to him. This is his first acting job with Park Shin Hye but their chemistry is good and fans are excited to see the film.

“Joon Woo is someone you could meet in your everyday life,” he said. “He has his own unique qualities, but he also has a natural, guy-next-door vibe.”

In any case, Yoo Ah In further said that Park Shin Hye is a nice actor to work with. She is a great actress that truly delivers what her role calls for.

Finally, this is Park Shin Hye's second movie in just a year. She also starred in the "Call" movie recently.

“#ALIVE” has been set to premiere in June but the exact date is not yet available. Check out the promo teaser here.