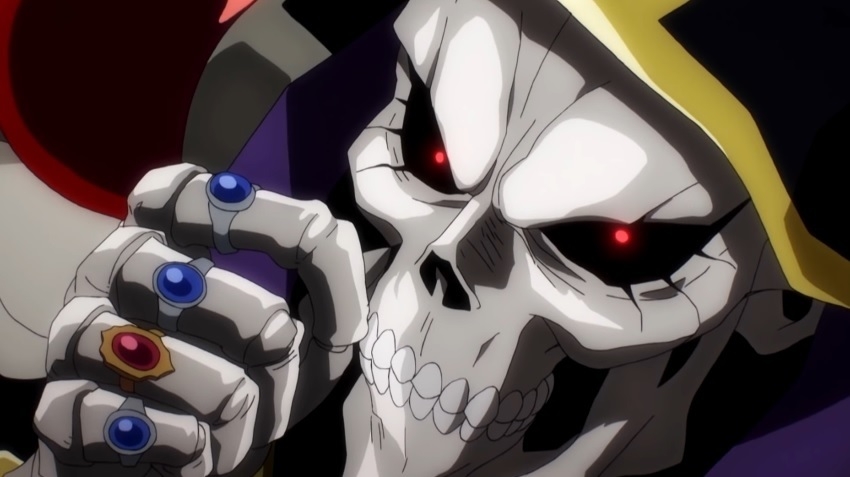 Ainz is coming off a major victory in “Overlord” season 4 after he founded the Sorcerer Kingdom. His work will start early in the next installment, and his first goals will lead him immediately to another combat.

One of Ainz’s first goals for the Sorcerer Kingdom is to redirect the focus of the adventurers, and this should reflect in the first episodes of “Overlord” season 4. Ainz will notice that since his group took over, adventurers found nothing much to do since they have been functioning as monster hunters -- a task that Ainz’s associates can easily perform. With that, he declares that making adventurers chase the unknown would be one of the purposes of his kingdom.

Additionally, Ainz deems it is a problem that many are intimidated by his appearance and the fact that he is undead. He sees it causing an issue in his aim to recruit new adventurers. As a remedy, Ainz will proceed to the Baharuth Empire in “Overlord” season 4, where he enters a battle that he plans on using as a presentation of his power and intentions to attract new allies and new recruits.

This means Ainz will enter a battle against the greatest warrior of the Baharuth Empire called the Martial Lord. At this time, the title is being held by Go Gin, who will agree to face Ainz in an official duel. To show good faith and impress the spectators, Ainz will even turn off his High Tier Physical Immunity Ill ability to level with Go Gin’s power. The wager is if Ainz won, Go Gin would join him to train Sorcerer Kingdom’s adventurers while Go Gin wants to eat Ainz if the undead is defeated.

Ainz will win the battle, even fatally wounding Go Gin. But he immediately revives the Martial Lord as his way to convince spectators and potential recruits that joining his domain will be worth their time.

‘Overlord’ season 4 release date: When to expect the anime’s return

The events mentioned above are based on the next light novel volume that is very likely to be used as source material for “Overlord” season 4. Ainz’s next adventures and mission are hardly questionable, thanks to the availability of the manga series.

Unfortunately, the future of the anime adaptation remains vague without any update or confirmation of “Overlord” season 4. It is not new for the anime series to take years to return, and it is now looking very likely that the season 4 release date will take several years to happen if ever the show would be renewed.