Nintendo Switch games: ‘The Outer Worlds’ and 3 other anticipated games launching next month on the portable console 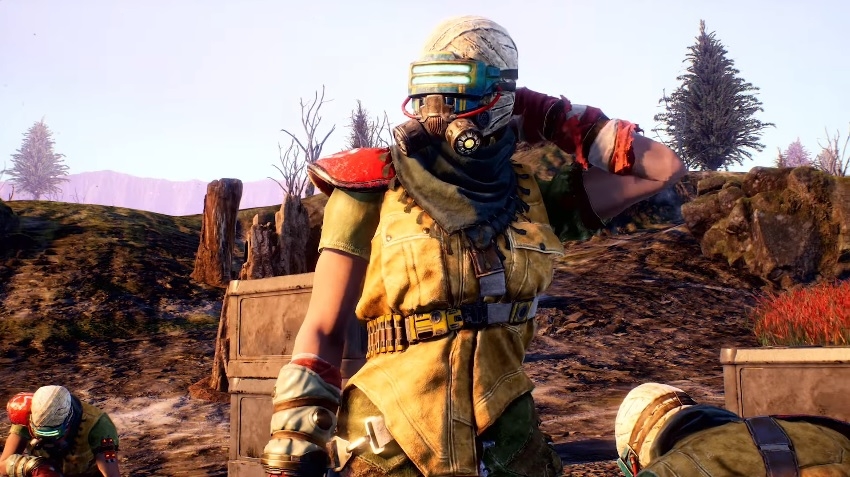 From the trailer of “The Outer Worlds” | Photo credit: Nintendo / YouTube screenshot

June is going to be a good month for Nintendo Switch users simply because of the lineup of games launching on the portable console. One that needs no introduction is “The Outer Worlds,” but there are several other titles from different genres that gamers might want to check out next month.

Obsidian Entertainment’s popular single-player RPG set in the “furthest edge of the galaxy” has been one of the most anticipated Nintendo Switch ports this year. “The Outer Worlds” was originally planned to be released in March, but the rising cases of COVID-19 worldwide at the time made the developers decide to delay the project for a few months for the safety of its employees.

In early April, Obsidian finally set a new release date for the game – June 5. The game, available for $59.99, will have a 6GB patch on launch day and is also confirmed to be released in Nintendo Switch cartridges.

Fans of the “Burnout” car racing series will be happy to know that the “Burnout Paradise Remastered” is making its way to Nintendo Switch on June 19. This marks the franchise’s first title launching on the portable console and promised to arrive with more than in-game 130 vehicles.

The Switch port of “Burnout Paradise Remastered” is designed to play at 60fps and will include the base game as well as the eight main DLCs. It is a multiplayer car racing game that can accommodate up to eight players in a single match.

‘BRIGANDINE: The Legend of Runersia’

Gamers who are fond of strategy simulations might want to check out “BRIGANDINE: The Legend of Runersia” due for release on Nintendo Switch on June 25. As the title suggests, the main premise of the game is to conquer the fictional continent named Runersia.

The oldest trick to conquer territories and expanding influence is by launching battles. But “BRIGANDINE: The Legend of Runersia” will also challenge Nintendo Switch players as enemies also can attack already acquired bases.

Arriving on June 9 on Nintendo Switch is the turn-based strategy game “1917 Project Helios,” where players will counter heavy themes of military warfare and close combat in the gameplay. Players will be subjected to harsh conditions, including the lack of mode of transportation, hostile environments and NPCs, and a constantly snow-covered place that can kill allies and enemies. Overall, the “1917 Helios Project” will let Nintendo Switch users practice their investigative skills, strategy in infiltrating enemy lairs, and with the main objective of finding one Dr. Margaret Blythe.