Nicole Kidman left Keith Urban frustrated after she denied his request for a duet at ACM Awards: Report 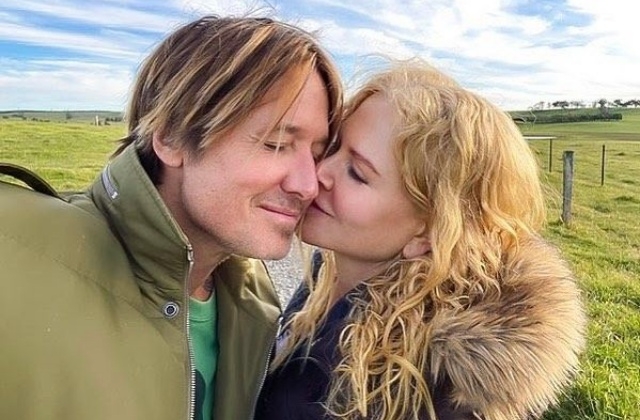 Nicole Kidman was said to have been asked by husband Keith Urban to sing a duet with him for the recent 55th Academy of Country Music Awards but she firmly refused. The country singer allegedly pleaded with her so they can perform on stage together but he was turned down.

The alleged reason for Nicole’s refusal

As it turned out, Nicole Kidman lacks the confidence to sing before a crowd as she thinks she has no skills in singing. The Star Magazine reported that since Keith Urban is hosting this year’s ACM Awards, he had hoped to surprise the viewers with a joint performance with his wife, however, she did not agree to his suggestion for a duet.

“Nicole has no confidence in her voice,” a showbiz insider told the magazine. “It scares her to death to think about singing in front of people who do it for a living.”

Still, Keith Urban did not give up easily and still tried to persuade her by telling her how good she sang in “Moulin Rouge” that many people even praised her singing skills in the movie. But this coaxing did not work on Nicole Kidman so her husband really felt dejected for her continued refusal.

“Keith would love to make beautiful music together,” the source shared. “It frustrates him that he has an unwilling partner.”

Did the 53-year-old actress refuse when she was asked by her husband for collaboration on stage because she has no confidence in her singing skills? Gossip Cop suggested that this is not true at all because in the report Nicole was portrayed as a shy person who is afraid to sing on the public stage.

This is impossible because the actress is a multiple-awarded A-list actress in Hollywood with a range of talents. She can act and sing, and she can do both excellently. In fact, the “Moulin Rouge” movie that required her to belt out some stage play musical pieces gave her a Golden Globe award which means she did her part so well.

Surely, she will not be able to perform her role well if she doesn’t have confidence in her singing since this skill is part of her character role. It is clear that she is a terrific singer and is not afraid to sing before a crowd.

As per Gossip Cop, the truth is - Keith Urban did not ask Nicole Kidman to perform with him. Besides, from the start, he was already paired with Pink for a special stage at the ACM Awards that took place on Sept. 16.