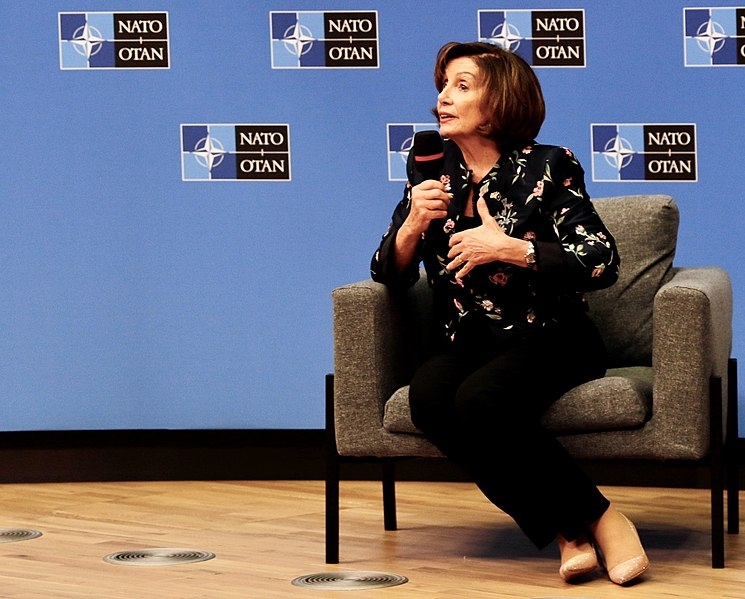 The weekend marked Armenian Genocide Day in remembrance of the Armenians that were killed by the Ottoman Empire during the First World War. House Speaker Nancy Pelosi praised Joe Biden for acknowledging the incident as genocide.

Pelosi shared her message commemorating Armenian Genocide Day over the weekend and praised Biden for his acknowledgment of the incident as an act of genocide. This formal acknowledgment comes as Congress had already passed legislation condemning the event as an act of genocide back in 2019. Pelosi also thanked the members of Congress who made the passing of the legislation possible.

“...in 2019, the Congress passed legislation declaring that the barbarism committed against the Armenian people was genocide,” said Pelosi in her video message. “And that is why today, our hearts are full of joy that President Biden has taken the historic step to joining Congress with its formal recognition on Armenian Genocide Day,”

“Thank you to so many in the Armenian American community, including Congresswoman Anna Eshoo, Congressman Adam Schiff, Chairman Frank Pallone, and Congresswoman Jackie Speier, who made this day possible. And we are enormously grateful to President Biden for his leadership.”

In other news, Pelosi was among the targets of the pro-Trump mob that stormed the Capitol last January 6. Hundreds of rioters have since been arrested and charged by the authorities, and recently, the judge ordered that the leader of the white nationalist group Oath Keepers be remained detained pending trial Friday.

The group’s Florida chapter leader Kelly Meggs’s correspondence with another rioter led the federal judge to reverse his ruling on a pre-trial release for Meggs. Federal district judge Amit Mehta then offered a three-page ruling explaining why his decision not be overturned.

According to Mehta’s ruling, the third page revealed that during the detention hearing of Meggs’ co-defendant Kenneth Harrelson, evidence had surfaced that once the rioters had entered the Capitol, Meggs, and Harrelson were heading for the Senate chamber. When they were turned away by the Capitol Police at the area, the two proceeded to go to the south side of the House chamber. It was revealed that Meggs and Harrelson were searching for Pelosi.

Mehta then noted that the new evidence only backs up the original assessment of the defendant being a security risk. Mehta added that releasing Meggs would be “a danger to the community.”