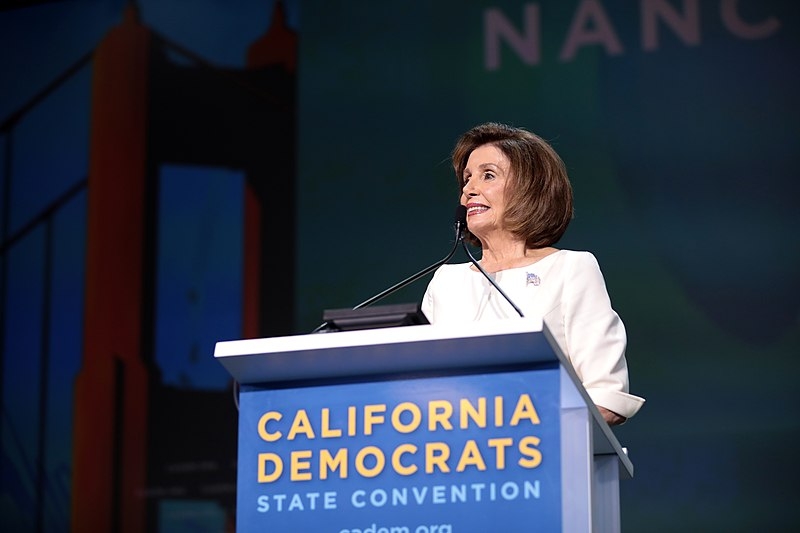 Despite having an incomplete lineup in the 13-member panel investigating the Capitol riots last January 6, the committee has already begun its investigation following the first public hearing several weeks ago. This week, House Speaker Nancy Pelosi hinted that the two Republican congressmen that she vetoed to join the panel may be under investigation by the committee.

In an interview with 19th News, Pelosi suggested that the two GOP Reps. that she vetoed in House Minority Leader Kevin McCarthy’s recommendations, may soon be under scrutiny by the January 6 committee. Pelosi reiterated that she rejected the recommendations of Reps. Jim Jordan of Ohio and Jim Banks of Indiana from the committee as they were not serious about the probe. To note, Banks had already publicly stated that he plans to pin the blame on Pelosi if he is accepted into the bipartisan panel.

“I mean, they probably -- Well, we’ll see what the committee finds out about them, but they weren’t going to be on the committee,” said Pelosi.

“There would be antics and clowns and not serious about this and still participants in the Big Lie,” the House Speaker added, referencing disgraced former President Donald Trump’s false claim that election fraud or voter fraud was what led to his loss to Joe Biden. Pelosi also reiterated that she wanted members on the committee who were willing to find out the truth, regardless if they voted to overturn the election results in Congress.

Banks then responded by accusing Pelosi of targeting her political enemies following the suggestion that he may be investigated by the panel along with Jordan. McCarthy withdrew all of his recommendations following Pelosi’s veto of Banks and Jordan and said the GOP would boycott the probe altogether. However, GOP Reps. Adam Kinzinger and Liz Cheney were appointed by Pelosi to serve on the panel -- something that McCarthy did not acknowledge.

Cheney had also previously hinted that Banks may be a “material witness” to the events that transpired leading up to January 6. Jordan has also recently confirmed that he spoke with Trump on January 6.