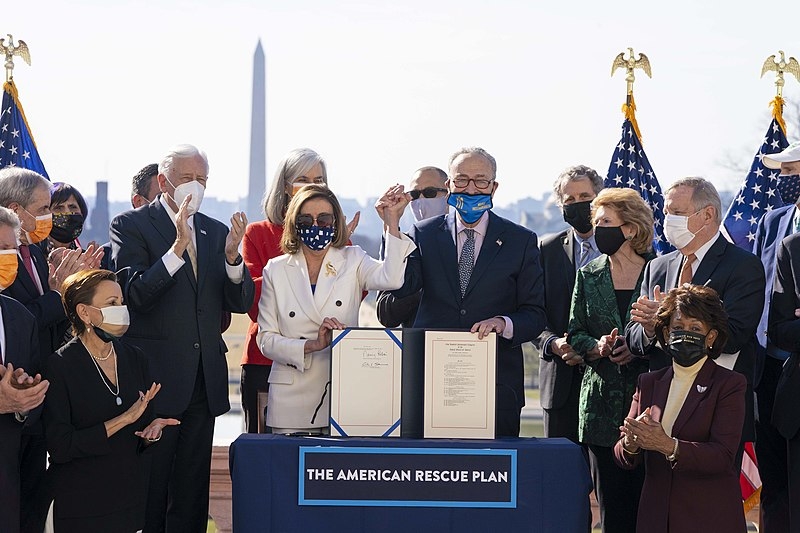 The Biden administration landed its first major legislative achievement in the passing of the $1.9 trillion COVID-19 relief plan. As the stimulus checks are already on their way to the rest of the country, House Speaker Nancy Pelosi criticized her Republican colleagues for not supporting the relief package.

Speaking on ABC’s “This Week” with host George Stephanopoulos, Pelosi criticized the Congressional Republicans for not backing the stimulus package. The passing of the bill last week was done on party lines as no Republican voted to support the bill. Senate Democrats passed the bill the previous weekend through the budget reconciliation process that would not require a 60-vote threshold. This was despite the bill receiving support from a good number of Republicans in the country, as Pelosi noted that it received bipartisan support, but not within the halls of the Congress and the Senate.

“It’s only in the Congress of the United States, where the Republicans have refused to meet the needs of the American people where they didn’t vote, as I said of them, vote no and take the dough, you can be sure that all of their states and communities will be benefiting from this and they won’t be complaining about it back home,” said Pelosi.

Pelosi also hinted that more relief funds may be needed as the country moves on in the midst of an ongoing pandemic despite there being vaccinations all over the country. The House Speaker said that passing the sweeping bill was what was needed to do, and noted that more must be done as Congress moves into the next step.

Pelosi also weighed in on the crisis that is the sudden influx of children that arrive at the US border from Mexico unaccompanied. The House Speaker said that the influx is due to the hardline policies implemented by the Trump administration and described the situation as a “humanitarian crisis.” Pelosi’s remarks come as DHS Secretary Alejandro Mayorkas announced that FEMA will be sheltering and transferring children that arrive at the southern border unaccompanied.