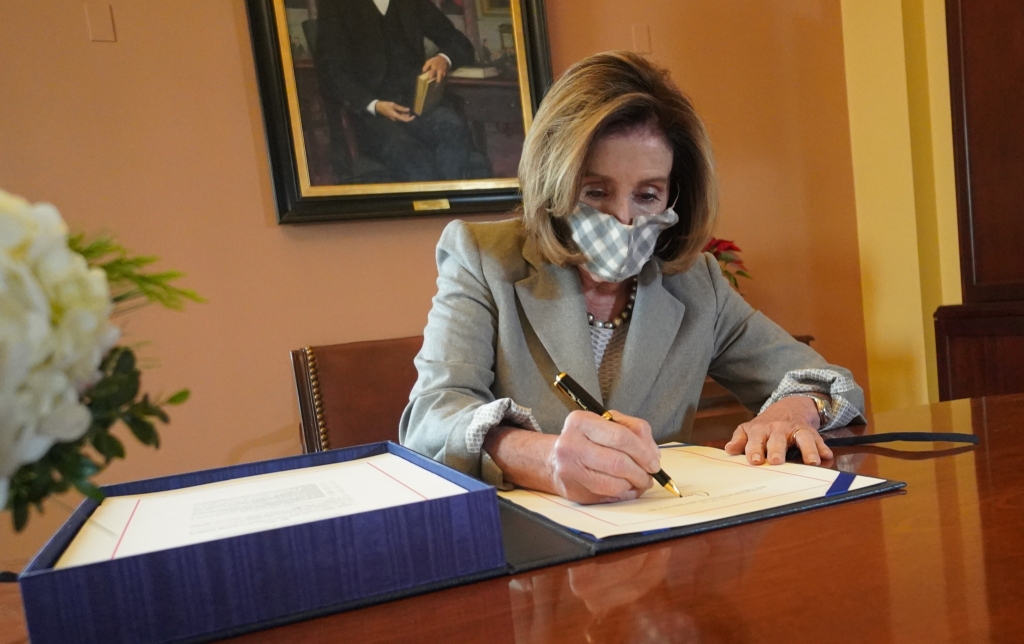 Outgoing president Donald Trump’s ties to Russia and Vladimir Putin remain in the air despite previous revelations. House Speaker Nancy Pelosi and former Secretary of State Hillary Clinton suggested that Trump may have been contacting Putin on the day of the Capitol siege.

Pelosi spoke with Mrs. Clinton on the “You and Me Both” podcast this week. The former Secretary of State expressed that she wanted to see Trump’s phone on the day of the Capitol riots last January 6, citing the possibility if he has been in contact with the Russian president. Pelosi reiterated that Russia has aimed to undermine the country’s democracy, and suggested that when it came to Trump, “all roads lead to Putin,” even adding that the riots by pro-Trump mobs at the Capitol were a gift to the Russian leader. Pelosi described the rioters as “Putin puppets.”

“These people, unbeknownst to them, they are Putin puppets. They were doing Putin’s business when they [attacked the Capitol], at the incitement of an insurrection by the President of the United States. So yes, we should have a 9/11 commission, and there is strong support in Congress to do that,” said the House Speaker.

Trump held a rally in Washington hours prior to the riots, provoking the crowd to storm the Capitol on the day all the lawmakers in the House and Senate were formally counting electoral votes. This led to Trump being impeached by the House for a second time on a bipartisan vote that included 10 Republicans, including Liz Cheney, voting for impeachment. Trump now faces a Senate trial.

Pelosi was also a confirmed target during the insurrection at the Capitol alongside vice president Mike Pence, with the FBI already at work and making arrests upon identifying individuals who were present. Five people died from the violence that ensued and some members of Congress are already being suspected of involvement. A criminal complaint by the FBI revealed that a lawyer, William McCall Calhoun Jr. from Georgia, boasted that he, along with fellow pro-Trump rioters, broke into Pelosi’s office during the siege. Calhoun also documented the riots on his Facebook posts, where he noted that Pelosi would’ve been “torn into pieces” had she stayed in her office.