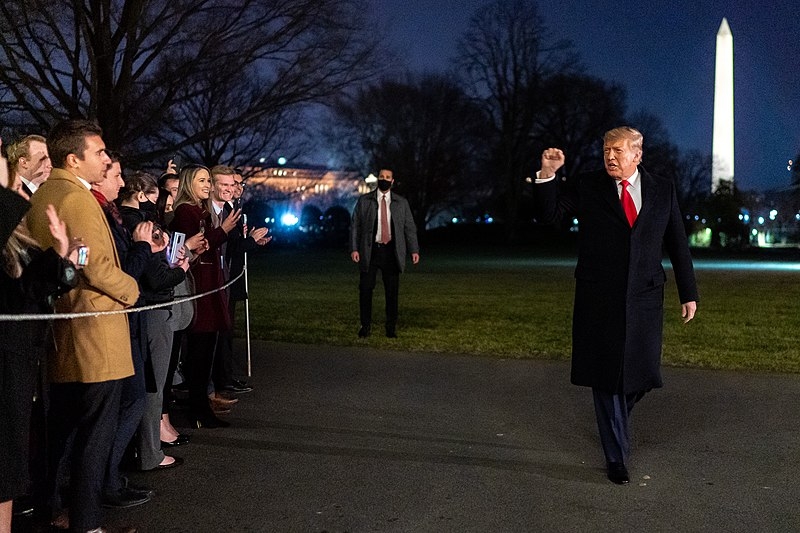 Donald Trump has now become the first president to be impeached by the House twice, and this time it was due to the Capitol riots that resulted in several people dead. As Trump faces an impending Senate trial, his longtime aide Rudy Giuliani will not be representing him.

Speaking with the ABC Chief White House Correspondent Jonathan Karl over the weekend, Giuliani said he will not be representing Trump in the upcoming Senate trials. Giuliani was among Trump’s aides who have been at the forefront of the efforts to overturn the election results after Trump lost to Joe Biden. Biden is set to be inaugurated on Wednesday, January 20. Giuliani cited that he will be unable to represent Trump as he is a witness to the rally that led to the insurrection at the Capitol by pro-Trump rioters.

Giuliani previously said that he was working on Trump’s defense for the upcoming trials, claiming that Trump’s remarks regarding the unfounded election fraud claims did not constitute incitement. Later, Giuliani met with Trump at the White House. The rally that Trump held hours before the riots were where Giuliani said that the crowd should engage in “trial by combat.” The House voted to impeach Trump on a single article in a bipartisan vote.

Trump has yet to appoint people to represent his defense in the upcoming trials. “President Trump has not yet made a determination as to which lawyer or law firm will represent him for the disgraceful attack on our Constitution and democracy, known as the “impeachment hoax,”” tweeted Trump’s aide Hogan Gidley.

The FBI is slowly gathering information on the rest of the people present in the Capitol riots. The agency has already made many arrests, among them being real estate agent Jenna Ryan, who claimed that she was only following what Trump told her and the rest of his supporters during the rally. Speaking to NBC News, Ryan said that she does not feel any guilt for what she did, even as she faces federal charges. Ryan flew to Washington from Texas via private plane said that she flew in as a show of “solidarity” with Trump.