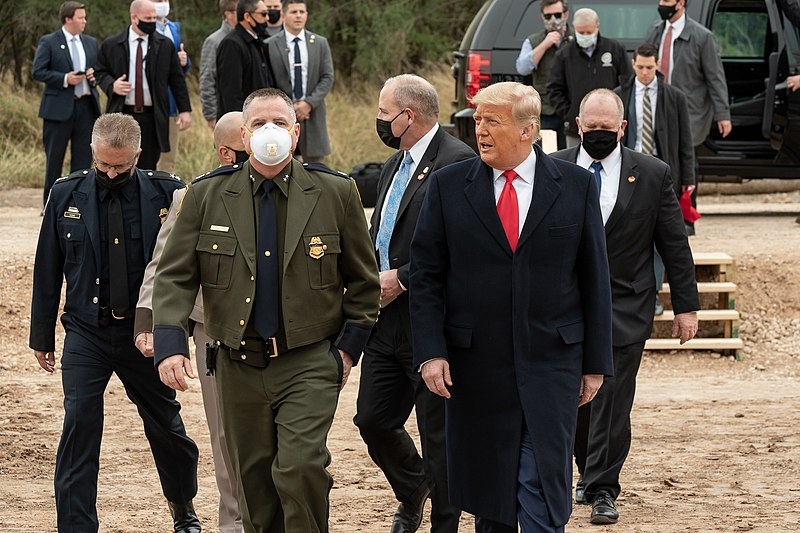 The attempt to pressure Ukraine into digging up dirt on Joe Biden and his son Hunter Biden led to Donald Trump getting impeached in 2019. In his final days as president, Trump has been impeached by the House the second time.

The House of Representatives voted to impeach Trump on Wednesday in a bipartisan vote of 232-197, making Trump the first president to get impeached by the House twice. The trials would then move up into the Senate, with the upper chamber either voting to acquit or to convict Trump. Trump’s impeachment was a result of the riots he has incited at the Capitol last January 6. Crowds of white nationalists in support of Trump broke past Capitol Police, which left five people dead. This time around, the House voted on one article of impeachment.

10 Republicans in the House, among them being top Republican Liz Cheney all broke party lines to vote to impeach. Although Trump is mainly to blame for the insurrection at the Capitol, several lawmakers have also been blasted for choosing to object to the election results by the Electoral College. Senators Ted Cruz and Josh Hawley as well as House GOP leader Kevin McCarthy have also been put on blast during the debates in the counting of votes. Other Republican lawmakers have also been accused of being part of the plan by the rioters.

Trump denies taking responsibility for the siege and defended his remarks to the crowd hours prior to the riots. During his visit to Texas, Trump said that his remarks during the rally were appropriate.

In other news, Trump is known for making cameo appearances in certain movies, including Home Alone 2. Memes that have since circulated the internet have now suggested that the outgoing president’s cameo appearance in the movie be cut out of the film as well. This comes as Trump has been banned from many of the mainstream social media sites, especially Twitter.

The calls to remove Trump’s cameo appearance in the movie got the attention of the film’s star himself, Macaulay Culkin. Culkin replied to a few tweets either asking for Trump to be removed from the film or an edited clip sans the outgoing president.

“Petition to digitally replace Trump in “Home Alone 2” with 40-year-old Macaulay Culkin,” said one tweet, to which Culkin replied, “Sold.”