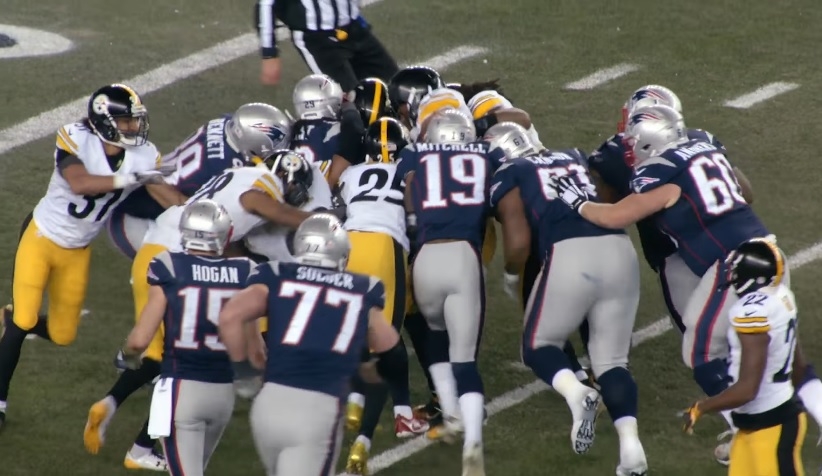 The New England Patriots are having a very hectic first week of 2020, and it is not just because of their playoff preparations. The team is currently under investigation on yet another videotaping incident. While the franchise maintains that it was all just an honest mistake, there are conflicting insider reports on how the NFL investigation is coming along.

Over the past week, there have been reports that the NFL has already deduced whether the coaching staff had a hand on the act of videotaping. While other rumors say different things about the imminent penalty, the Patriots could be facing over the incident.

NFL clarifies the status of the investigation on New England Patriots

First off, it is important to note that the league has clarified no major decisions were made yet about the case. In a statement to ESPN’s Adam Schefter on Saturday, NFL maintained, “The investigation is ongoing, and there has been no discussion of any potential discipline.”

The league officials added that any reports on the looming penalties to the Patriots are mere rumors at this point. Meanwhile, the NFL has also not mentioned a specific timeline for the completion of its investigation.

NFL’s statement came just a few hours after Schefter’s league sources reported that the NFL is expected to sanction the Patriots for the Bengals videotape in a decision purportedly coming out in the next two weeks. Meanwhile, the Washington Post claimed in a report on New Year’s Day that the NFL has not found evidence that would link Patriots head coach Bill Belichick, or any member of the football team, to videotaping the Bengals.

The Post’s information allegedly came from people with knowledge of the investigation, but given the NFL's latest statement, it is best to take it with a pinch of salt. Even in the premise of the rumored non-involvement of the Patriots coaching staff, the NFL was still rumored to sanction the team in some capacity.

Patriots maintain footages taken were only meant for a production series

A filming crew from the Patriots was apprehended by NFL security after allegedly filming the Bengals sideline during its matchup against the Cleveland Browns last Dec. 8. The incident raised allegations and concerns over the possibility of recording coaching and play signals. The New England franchise faced the Bengals the following week.

Patriots later stated that the production crew were independent contractors and was only filming for the team’s web series called “Do Your Job.” “The sole purpose of the filming was to provide an illustration of an advance scout at work on the road. There was no intention of using the footage for any other purpose,” the Patriots explained.

It can be recalled that the Patriots were involved in the so-called Spygate scandal during the NFL’s 2007 season after league officials ruled they illegally recorded coaching signals from the New York Jets sideline. The team received immense sanctions at the time, including a $500,000 fine on Belichick, $250,000 fine on the team, and losing their first-round 2008 draft pick.