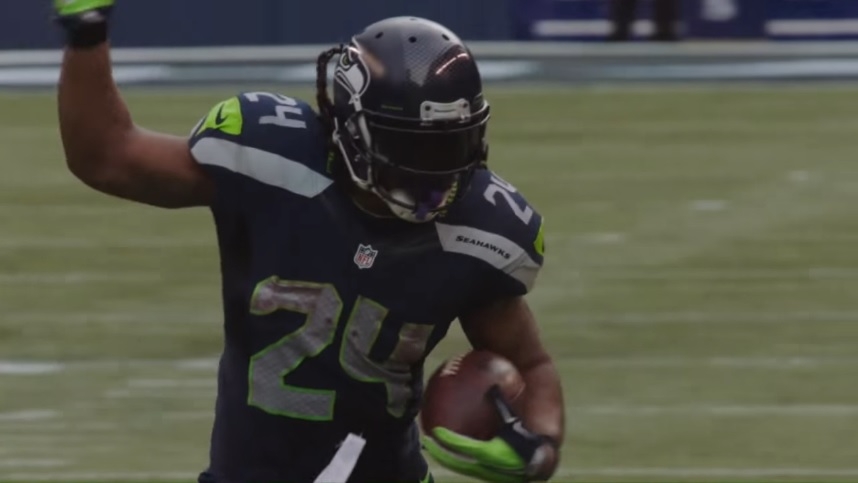 Marshawn Lynch in a promo trailer for a Seahawks vs. 49ers matchup in NFL season 2015. | Photo credit: NFL/YouTube screenshot

Seattle Seahawks is hoping that running backs Marshawn “Beast Mode” Lynch and Robert Turbin would be the cavalry they need as they face the San Francisco 49ers for their Week 17 matchup. Seahawks are reunited with Lynch and Turbin after several backfield players have sustained injuries and are no longer expected to return for season 2019.

The excitement over the return Lynch and Turbin is understandable. They are not just running backs familiar to the Seahawks fans. They were part of the Super Bowl-winning roster for the Seattle franchise in the 2013 season that marked the team’s first-ever championship win for the franchise after 38 years.

The latest reports indicate that the contracts of Lynch and Turbin have already been signed on Monday. The deal seals their participation for the remainder of the season 2019, including a crucial Week 17 match against one of their long-time rivals, the San Francisco 49ers on Sunday, Dec. 29.

And so one day after the Seahawks lost Chris Carson to a fractured hip and C.J. Prosise to a broken arm, the Seahawks went retro RB and signed Marshawn Lynch and Robert Turbin.

The news of Lynch and Turbin’s return likely gave Seahawks fans a major sigh of relief, especially after injury-riddled weeks that hurt the team’s backfield. Rashaad Penny tore his ACL in Week 14 and was followed by the injuries of Chris Carson and C.J. Prosise, who hurt their hip and arm respectively, leaving rookie Travis Homer until Lynch and Turbin signed on Monday.

The 49ers currently have the first spot in the NFC West division, 12-3. They are followed by the Seahawks with an 11-4 record after losing to the Arizona Cardinals in Week 16, 27-13, where the team suffers more injuries as well.

Turbin was picked by the team at the fourth round of the 2012 NFL draft and played for the team through 2014. Lynch, with five Pro Bowl appearances, had his best numbers during his first stint in Seattle from 2010 to 2015. He posted a career-high 1,590 rushing yards and 315 rushing attempts both in the 2012 regular season.

Some NFL fans doubt that Lynch and Turbin could both match their previous performances wearing a Seahawks uniform. They both have not appeared in the pro league after season 2018, but head coach Pete Carroll is optimistic, especially with having Lynch back on the locker room. “There was nobody that ever amplified the kind of mentality and toughness that we like to play with,” Carroll told ESPN on Monday. “So if we get a chance to get the Beast back on the field, we'll see how that works out.”