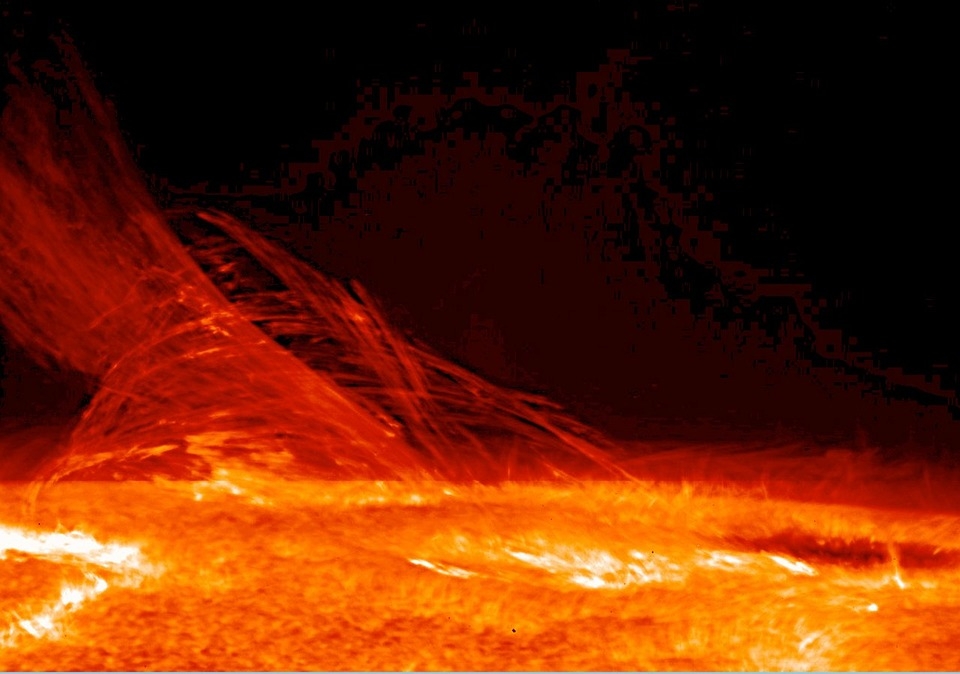 Solar flares are a usual occurrence in space and its side effects are usually experienced by the nearest planets in the system, like our own Earth. Recently, NASA satellites were able to capture one particular solar flare, that some have described to be something out of science fiction.

Agency satellite data found that the Sun experienced a CME or coronal mass ejection that is also known as a solar flare, shooting out plasma and magnetism. This happens when magnetism becomes unstable on the solar surface. The massive explosion was captured by NASA’s Solar and Heliospheric Observatory spacecraft or SOHO. The image of the explosion was described by some as the stuff of science fiction, specifically the Doomsday machine from Star Trek. Fortunately, the CME did not hit Earth. In case it would hit our planet, it would mostly result in auroras in either the northern or southern polar regions.

“A Doomsday Machine-shaped coronal mass ejection (CME) rocketed away from the sun during the early hours of October 24,” said Space Weather. “It will not hit Earth. The source of the blast was a filament of magnetism near the Sun’s northeastern limb, which became unstable and exploded.”

Auroras are produced when magnetic particles from the Sun hit the magnetosphere and are deflected. These result in the blue and green lights in the sky, sometimes red and yellow. A more severe side effect of solar flares hitting our magnetosphere would be an overload of electricity in electrical grids due to high currents in the magnetic field.

Meanwhile, NASA and ESA’s Hubble Space Telescope captured galaxies NGC 2799 and NGC 2798 in the early stages of a merger with the latter galaxy being the much bigger star system. NASA has revealed that despite the two galaxies looking like they are on the verge of colliding into one another, it would actually take billions of years before the galaxies fully merge.

“Interacting galaxies, such as these, are so named because of the influence they have on each other, which may eventually result in a merger or unique formation,” said NASA. “Already, these two galaxies have seemingly formed a sideways waterspout with stars from NGC 2799 appearing to fall into NGC 2798 almost like drops of water.”