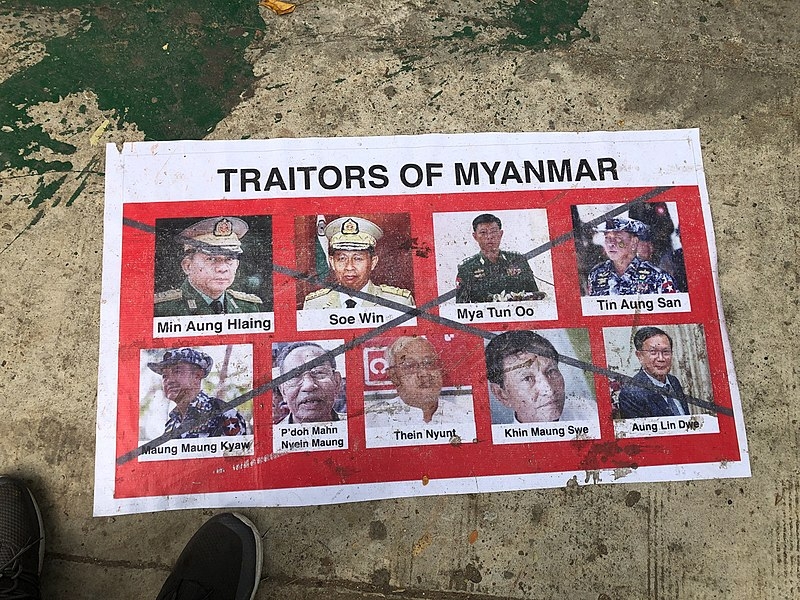 The Myanmar junta has continued to crack down on opponents and critics as they continue their rule over the country since overthrowing the elected government last year. Relatives of seven students who were sentenced to death by the junta are asking for global help.

The families of the seven students in Myanmar who were sentenced to death by the junta in a closed-door trial are calling for global help. The students were sentenced by the junta-backed court for their alleged involvement in the shooting of a former police officer. They make up the dozens of people the junta has placed on death row since the generals seized power last year.

Critics said the ruling was a tactic by the junta to crack down on dissent in the country. The United Nations said over 130 people were placed on death row by the junta since the coup.

“All the family members are heartbroken. Our kids have an amazing future. I want to request the world to stop this,” said the sister of one of the students in comments via telephone.

The sentencing of the seven students of Dagon University follows the international condemnation of the junta for executing four pro-democracy activists back in July. The junta said the activists were promoting “terror acts” and marked Myanmar’s first executions in decades. Rights activists said the junta is now using the death penalty as a “political tool” and called for a pause on capital punishment to eventually abolish the practice.

“By resorting to death sentences as a political tool to crush opposition, the military confirms its disdain for the efforts by ASEAN and the international community at large to end violence,” said UN rights chief Volker Turk in a statement Friday last week.

Myanmar was also included in the US list of countries of particular concern under the Religious Freedom Act for committing or tolerating severe violations of religious freedom. Aside from Myanmar, North Korea, Iran, Russia, and China were also included in the list. Algeria, the Central African Republic, Comoros, and Vietnam were placed on the watch list.

US Secretary of State Antony Blinken said Washington was willing to meet with all the governments listed to discuss concrete steps for their removal from the lists.